Portlaoise edge past St Joseph's to return to the last eight 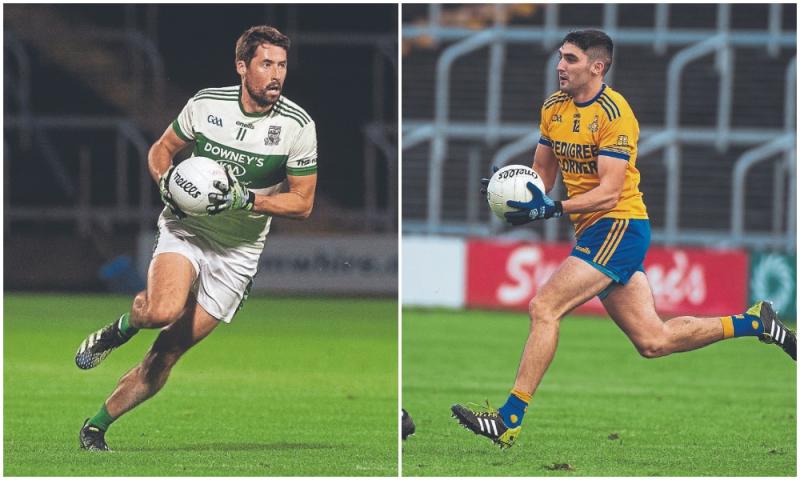 Portlaoise and St Joseph's have met on countless occassions in the Laois Senior Football Championship over the years, and they met again in round three earlier.

This was a right good contest as well, but Portlaoise seem to have a bit of a mental edge over St Joseph's and that proved the case once again. Despite St Joseph's leading by two with fifteen minutes left, Portlaoise's Damon Larkin struck for a goal, while substitutes Ricky Maher and Ronan McEvoy added crucial points towards the end to get them over the line.

'The Town' started brightly here, with Damon Larkin landing a lovely score to kick things off in O'Moore Park for Portlaoise. Paul Cahillane put over a free, before St Joseph's responded through midfielder Brian Daly, as he scored from a tight angle.

Wing-back Gareth Dillon knocked over an excellent score, but St Joseph's were playing far more open football than usual and they were rewarded with their second point themselves through Dylan Doyle.

Cahillane added another point from a placed ball, before Portlaoise almost had a fortuitous goal. Damon Larkin used his power to drift past his marker, Jamie Kelly, and his shot for a point came back off the crossbar.

Cahillane then landed the score of the game. He received the ball and sent his marker away from him with a beautiful feint, before curling one over off the weaker right boot.

Jason Campion replied for St Joseph's with a nice score from an acute angle, as St Joseph's trailed 0-3 to 0-5 after fifteen minutes.

After the water break ended, Cahillane added another free to his tally. St Joseph's cut the gap back to the mininum thanks to Michael Keogh and James Kelly (45') points, but Portlaoise wrestled back control for the rest of the half.

Conor Boyle kicked two lovely points off that brilliant left boot of his. Larkin added another after some powerful running saw him cut in from the wing and play a give and go with Ronan McEvoy, before firing over from close range.

Ben Brennan, who was making his Senior debut for Portlaoise, opened their account for the second half by landing a lovely score off his left.

St Joseph's had a few chances to get a few points back, but they failed to return with any scores despite enjoying a nice period of possession.

However, St Joseph's struck for a goal in the 40th minute to bring this game to life. James Kelly went through at pace, but his shot was wayward. It did fall to a grateful Michael Keogh just outside the square, who had no such problem in dispatching to the net.

The St Joseph's crowd were alive now, and their team rode that momentum. Josh O'Brien was fouled inside the square by Kieran Lillis just as he was about to pull the trigger.

Up stepped midfielder Brian Daly for the St Joseph's penalty. Daly's penalty was excellently saved by Michael O'Connell in the Portlaoise goals, but unfortunately for him it fell right back to Daly who tapped home.

The water break arrived at the right time for Portlaoise, who went in to it now two behind. That didn't last long though, as Portlaoise grabbed a goal straight after the break in play.

Ronan McEvoy's free dropped short of the St Joseph's goalmouth, but the breaking ball fell to Damon Larkin, who instantly pulled on it and found the back of the net.

That goal settled Portlaoise down and they now found their rhythm again. Substitutes Ricky Maher and Ronan McEvoy both raised a white flag each to give them a three point lead again.

Gary Saunders received a black card for intentionally dragging back Michael Keogh as he went towards goal in the 59th minute, but all St Joseph's could manage was a Dylan Doyle point in the closing minute, with Portlaoise marching on.