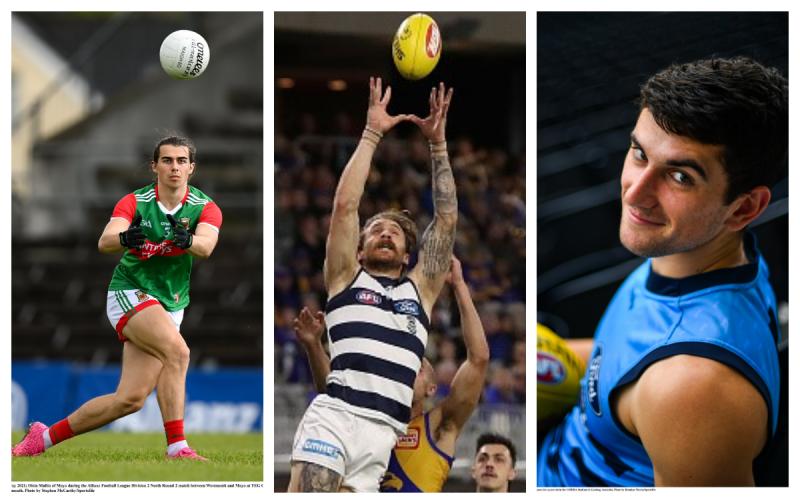 Oisin Mullin, Zach Tuohy and Mark O’Connor now all of the Geelong Cats

Mayo All-Ireland finalist Óisin Mullin is set to join up with former Laois minor Zach Tuohy in a growing contingent of Irish at the Geelong Cats Aussie Rules club down under.

Mullin, an All-Star and the 2020 Young Footballer of the Year, teams up with Tuohy who is one of the most successful Irish people to play Australia's biggest sport in modern times.

He has the second highest number of games played by any Irish player in the history of the Australian Football League, second only to Jim Stynes.

Tuohy's departed Ireland in 2010 to sign with Carlton. He won a Leinster Minor Football Championship with Laois in 2007. He also managed to bag a few Laois County titles with Portlaoise at senior making the trip back to Ireland to wear the green and white of the town during his early years in Australia.

Now aged 31, he is now one of the most popular players in the AFL. He has played more than 200 games during his career and played in one Grand Final.