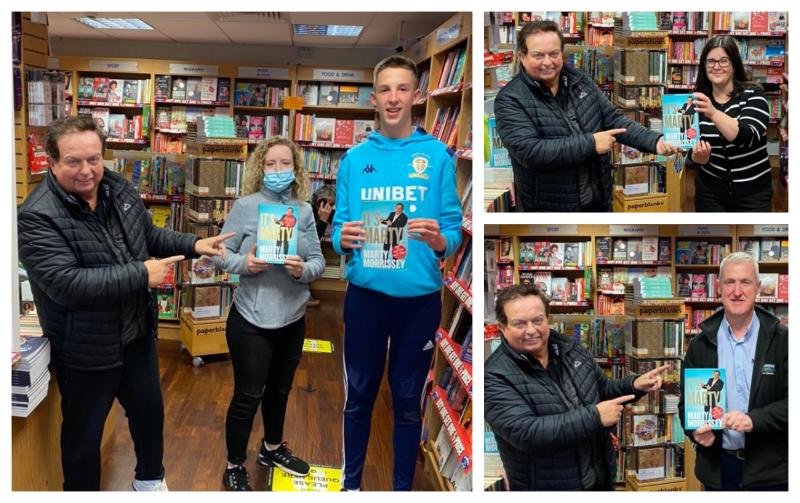 RTÉ GAA commentator Marty Morrissey was a special guest in Portlaoise this weekend where he dropped into All Books on Lyster Square.

The popular Clare man was welcomed to the shop be Colm O'Hara and staff. He stopped off to sign some copies of his book It's Marty.

"Ya never know who you will meet," said All Books on Facebook. They added: "Thanks to Marty for popping in".

The book tells the story of Marty's New York childhood in the Bronx and west Clare, Marty introduces us to the people and places that have mattered most to him. He takes us through his adventures as a Gaelic footballer and hurler, schoolteacher, and coach of schools teams and underage sides for his beloved club, Kilmurry Ibrickane.

And he tells the story of his remarkable rise as a broadcaster, from the back of tractors and trailers flatbed trucks to Croke Park on All Ireland finals days - despite having being told by RTÉ Sport that his voice on an early audition tape was 'too thin, too high-pitched'.

The publishers say: "It's Marty! is an invitation to join the Marty Party, a rollicking ride through contemporary Irish life and sport, from a true national treasure."

There's a limited number of signed copies on sale in the Portlaoise shop. 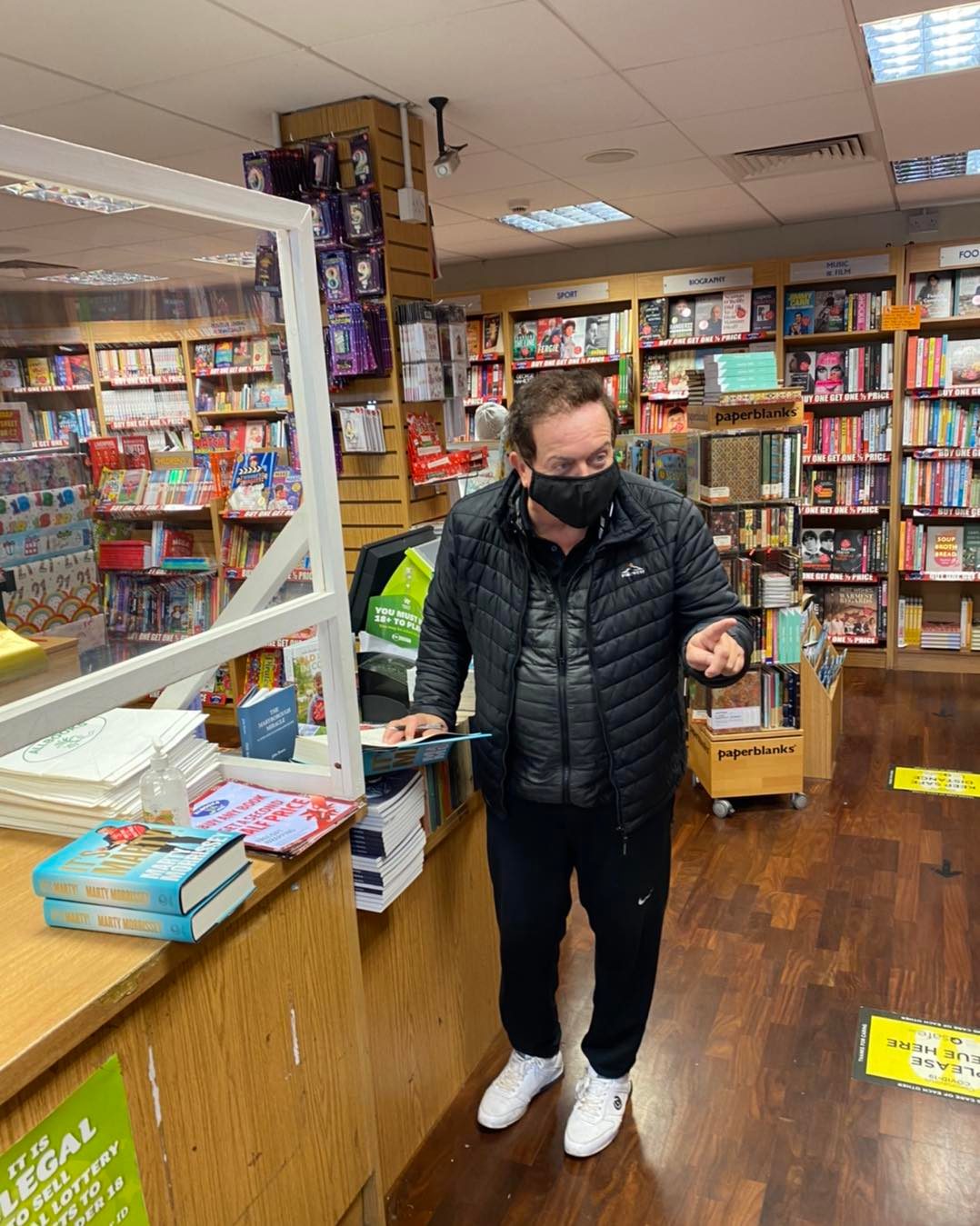