Laois minor and under 20 teams learn championship opponents for 2022 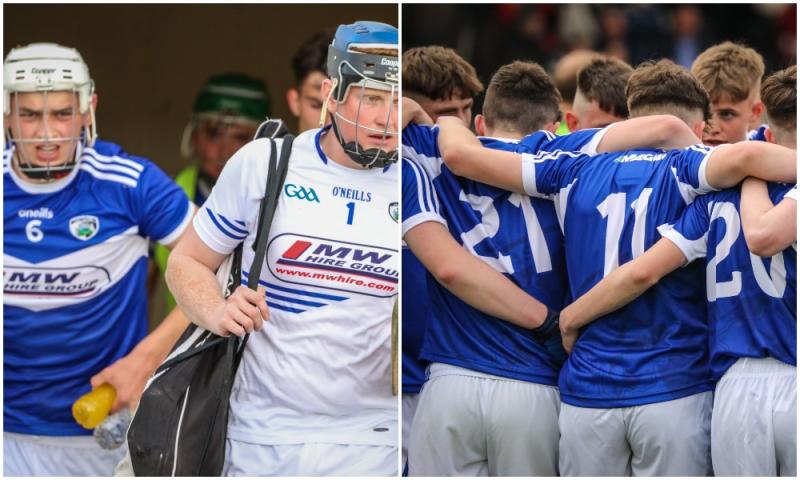 The hurling and football championships will kick off in March and with training well underway at this stage, all four teams now have a clear view of the task ahead of them.

The Minor footballers have been paired in a group containing Dublin, Louth and Westmeath with the opening game of the group coming at home to Westmeath on Saturday March 19. Laois will then travel to Dublin before welcoming Louth to O'Moore Park for the final game in the group. Three out of the four teams will come out of the group.

See below for the full draw 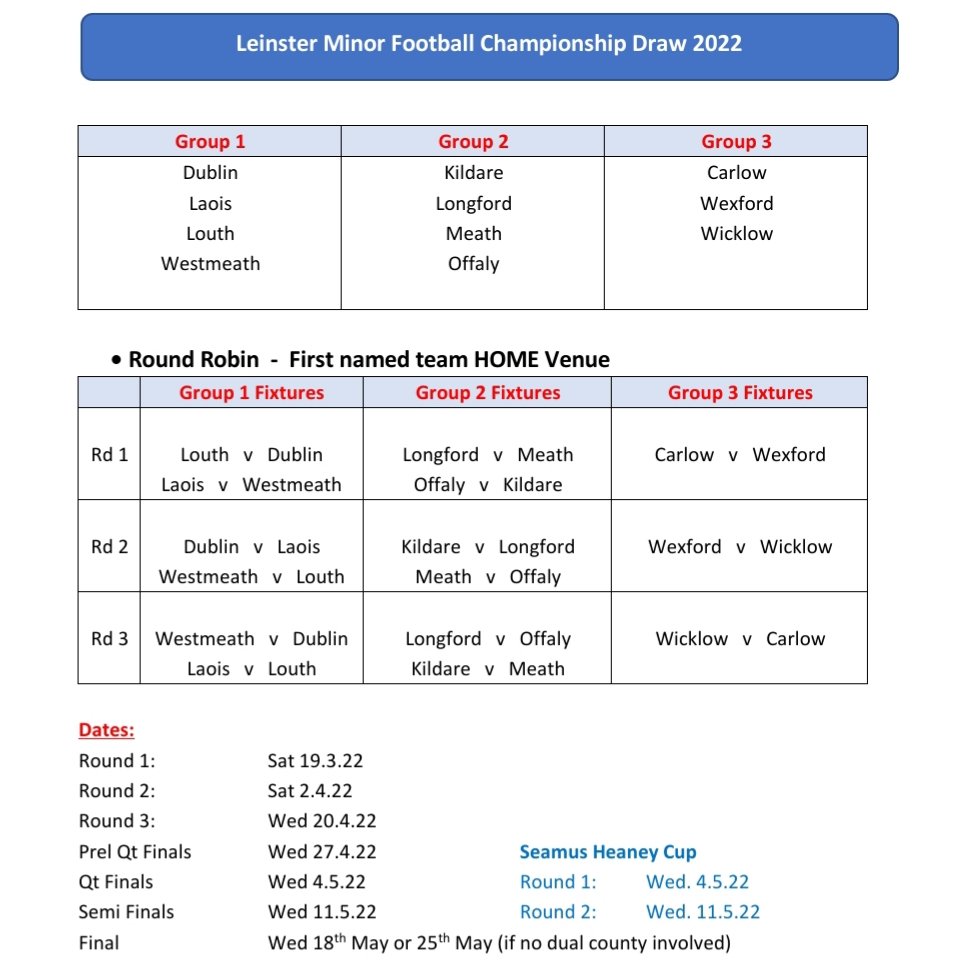 Meanwhile the Minor hurlers will be part of a three team group containing 2020 Leinster finalists Offaly and Kildare in Tier two. The top placed team in Tier two will progress to a quarter final while the teams in second and third place will go into a preliminary quarter final.

Dublin, Kilkenny and Wexford are in tier one with the top placed team going straight to a semi final and the other two teams going into the quarter finals.

Laois will begin by hosting Kildare on April 9 before making the short trip across the Slieve Blooms to take on Offaly in their second game. 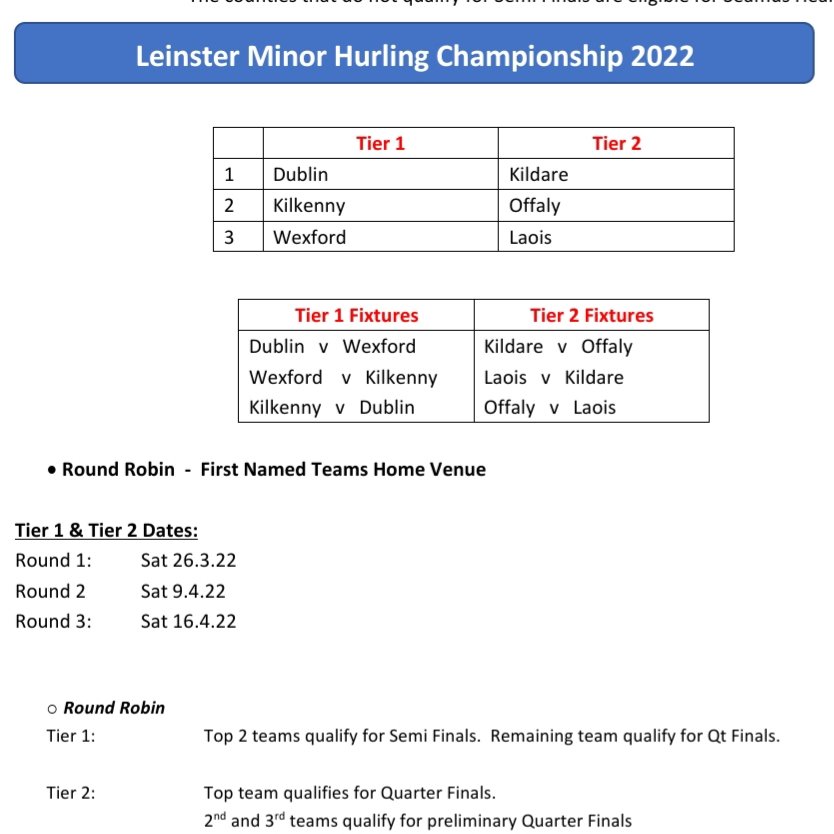 The under 20 football draw could well put Laois on a collison course with reigning All Ireland champions Offaly. Laois have been drawn to play Kildare at home in a quarter final having received a bye in round one.

Should they get over Kildare, they will face Offaly/Louth or Carlow in a semi final which would be another home draw for the O'Moore County. 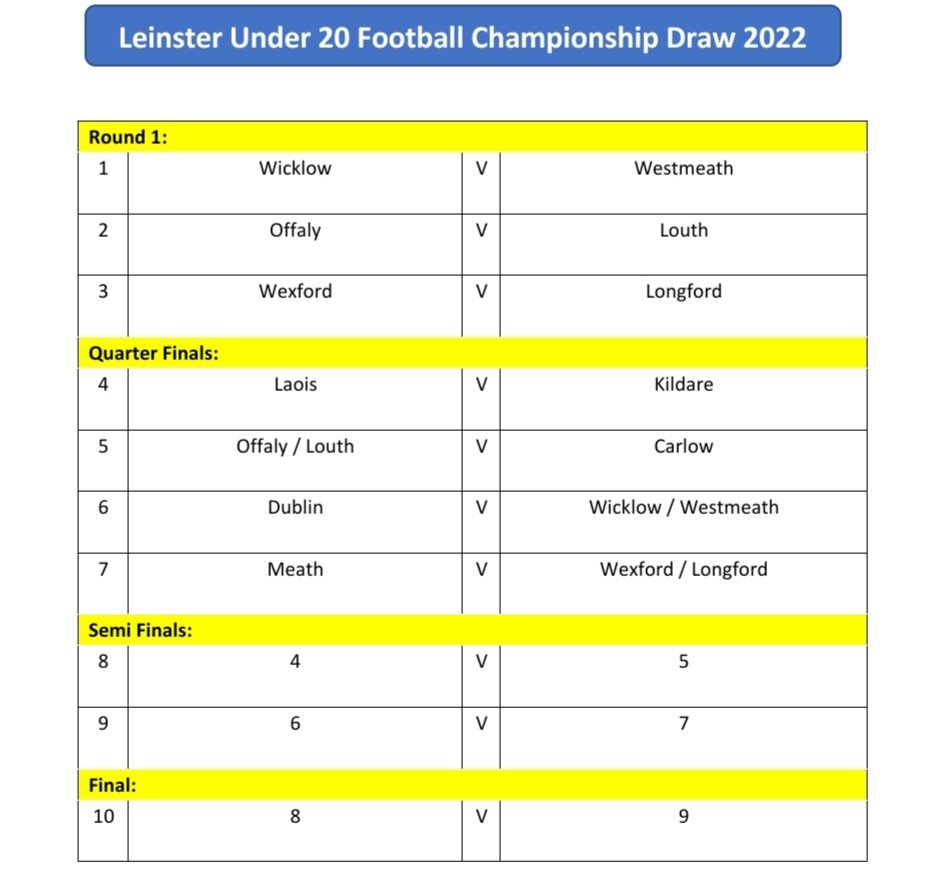 Finally the Laois U20 hurlers have been drawn to play the winners of Antrim and Down in round 1 of the Leinster championship. Should they progress from that tussle, they would take on Meath or Kildare in Round 2. After that and if Laois can navigate their way past those hurdles, the most likely outcome would be a quarter final meeting with Wexford. 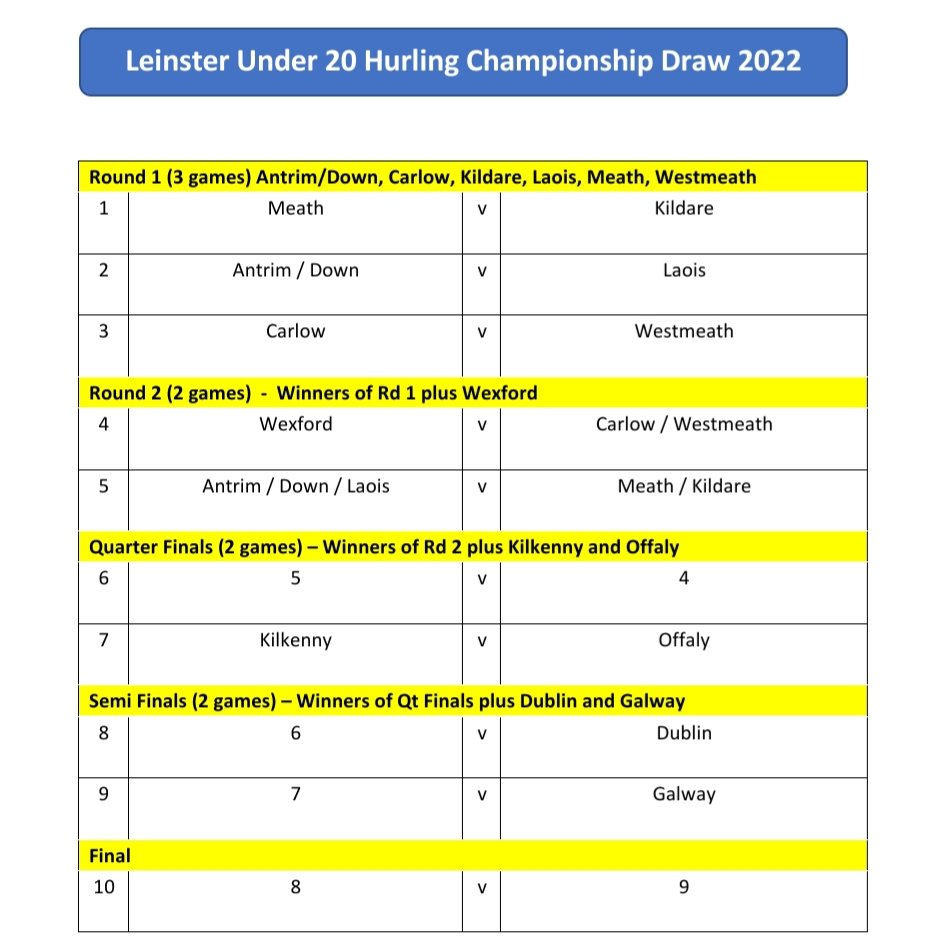