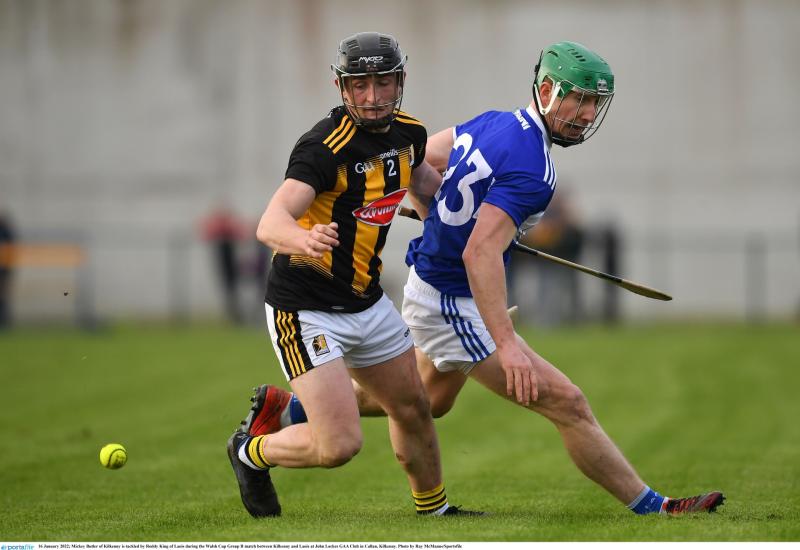 A very experimental Kilkenny side had too much for Laois in the opening round of the Walsh Cup at John Locke Park in Callan this afternoon.

It was a day of taking opportunites as Brian Cody gave a huge amount of newcomers their bow in inter-county hurling and he will be happy with how his side performed especially in the second half.

The likes of Luke Scanlon, Chris Bolger and Shane Walsh were all given a chance to stake their claim on their return to the squad and Walsh top scored for the winners with nine points in total.

The rest of the starting 15 was made up of mainly newcomers and for most of the first half they struggled as Laois attacked at will.

The O'Moore County also had a number of wides though and as a result there was only a point between the sides at the break with Walsh's accuracy on frees and an Emmet Landy goal keeping the Cats in touch (0-13 to 1-9).

Laois's wastefulness in front of goal came back to bite them in the second period as Kilkenny dominated with eighteen points in total.

Despite the defeat Ross King, Jack Kelly and Podge Delaney had their moments but they can now shift focus to the beginning of the National League in three weeks.