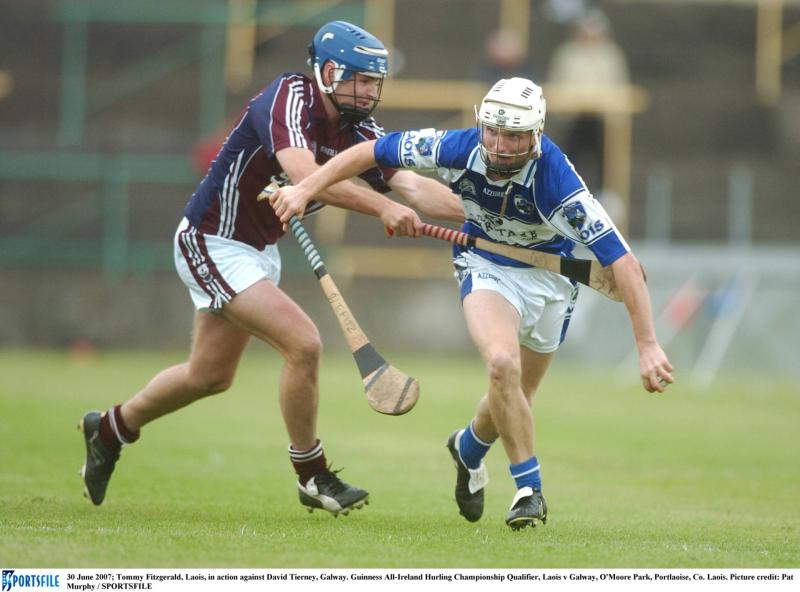 Portlaoise man Tommy Fitzgerald has come in for some very high praise from the Galway Hurling Champions ahead of their clash with Ballyhale Shamrocks.

St Thomas' GAA club are the latest club hurling kingpins to emerge from the west winning six of the last senior championships in the county. This year they've recruited Fitzgerald to the coaching ticket.

Defender Fintan Burke spoke to The42.ie about the outside input that Fitzgerald and others have brought to the mix.

“We’d be a firm believer in bringing someone from the outside that has no ties to anyone. The fact that it’s a small club, and there’s a lot of family relations, you don’t want any influence like that inside the club that someone has to pick someone that they know.

“He (Tommy Fitzgerald) is awful quiet. He wouldn’t be seen too much on the days of matches, but his attention to detail, and his vision of where he wants us to go has just really brought us along,” said Burke.

Fitzgerald is no stranger to the Galway. Apart from lining out for Laois in several close battles with the Tribesman at county level, he has close familie ties. His father Seamus is a retired garda who is a Galway native. His mother is Cllr Catherine Fitzgerald.

Fitzgerald, a school principal at Rath National School near Ballybrittas, came to national attention as part of Eddie Brennan's backroom team with the Laois hurlers. Another Galway man, Niall Corcoran was part of the successful team that made it to an All-Ireland quarter final.

The Portlaoise GAA club man enjoyed most of his success lining out in Gaelic Football during Portlaoise's historic nine-in-a-row. A corner back in football, he played in the 2005 All-Ireland Club Final which Portlaoise lost to Ballina Stephenites.

St Thomas take on Shamrocks of Ballyhale on Sunday, January 23 in Semple Stadium.