A legend of GAA in Laois and his native Borris-in-Ossory Christy O'Brien died last weekend after a short illness.

An iconic figure in his community and county, his intercounty career spanned two decades. He also shone when Interprovincial hurling was at its peak and was the lynchpin of his home club for many years.

Christy's first appearance on the inter-county scene was at the age of 17 when he lined out as a Laois minor. He joined the senior panel during the 1952 championship becoming a regular for years to come.

O'Brien made 20 hurling championship appearances before retiring a the end of the 1968 championship. O’Brien’s senior inter-county career was a frustrating one as Laois never repeated the provincial title victory achieved in 1949 during his time in the blue and white. 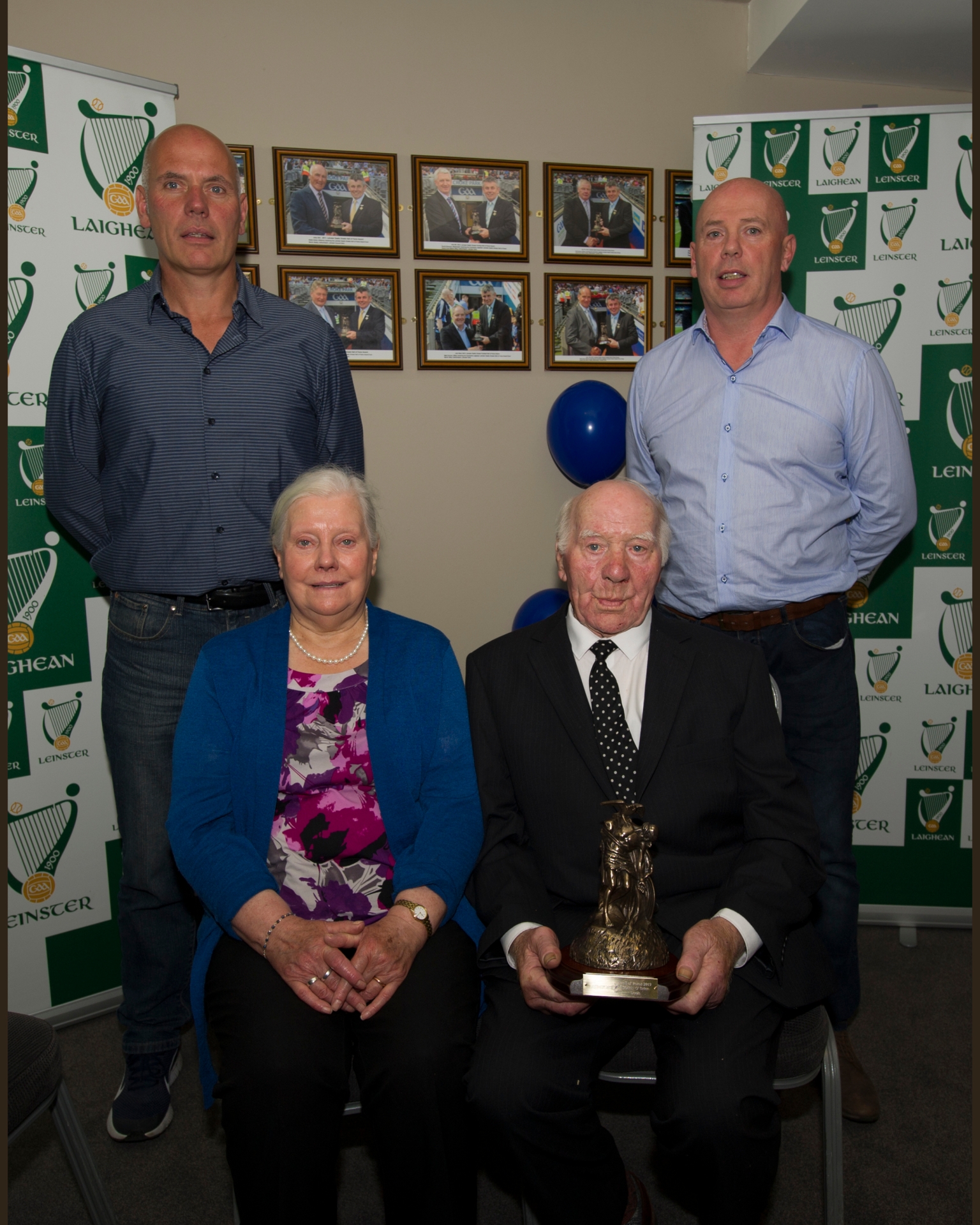 As a member of the Leinster inter-provincial team, he won three Railway Cup medals. O’Brien won his first medal in1962 as Leinster defeated Munster. O’Brien won further Railway Cup medals in 1964 and 1965.
At club level, he is a five-time championship medallist with Borris-in-Ossory. He was a key member of the club’s team when Borris-in-Ossory won its first senior county title in 1956. It was the first of three consecutive county titles for O’Brien and his club. He added two more county medals to his collection in 1960 and 1961.

He was also an accomplished Gaelic Footballer and played with Cuddagh Junior teams over many years and in 1961, lined out at corner back for Portlaoise Seniors.

O'Brien is regarded as one of the greatest players of all-time. He has often been voted onto teams made up of the sport's greats, including at full-forward on a special Hurling Team of the Century made up of players never to have won an All-Ireland medal. 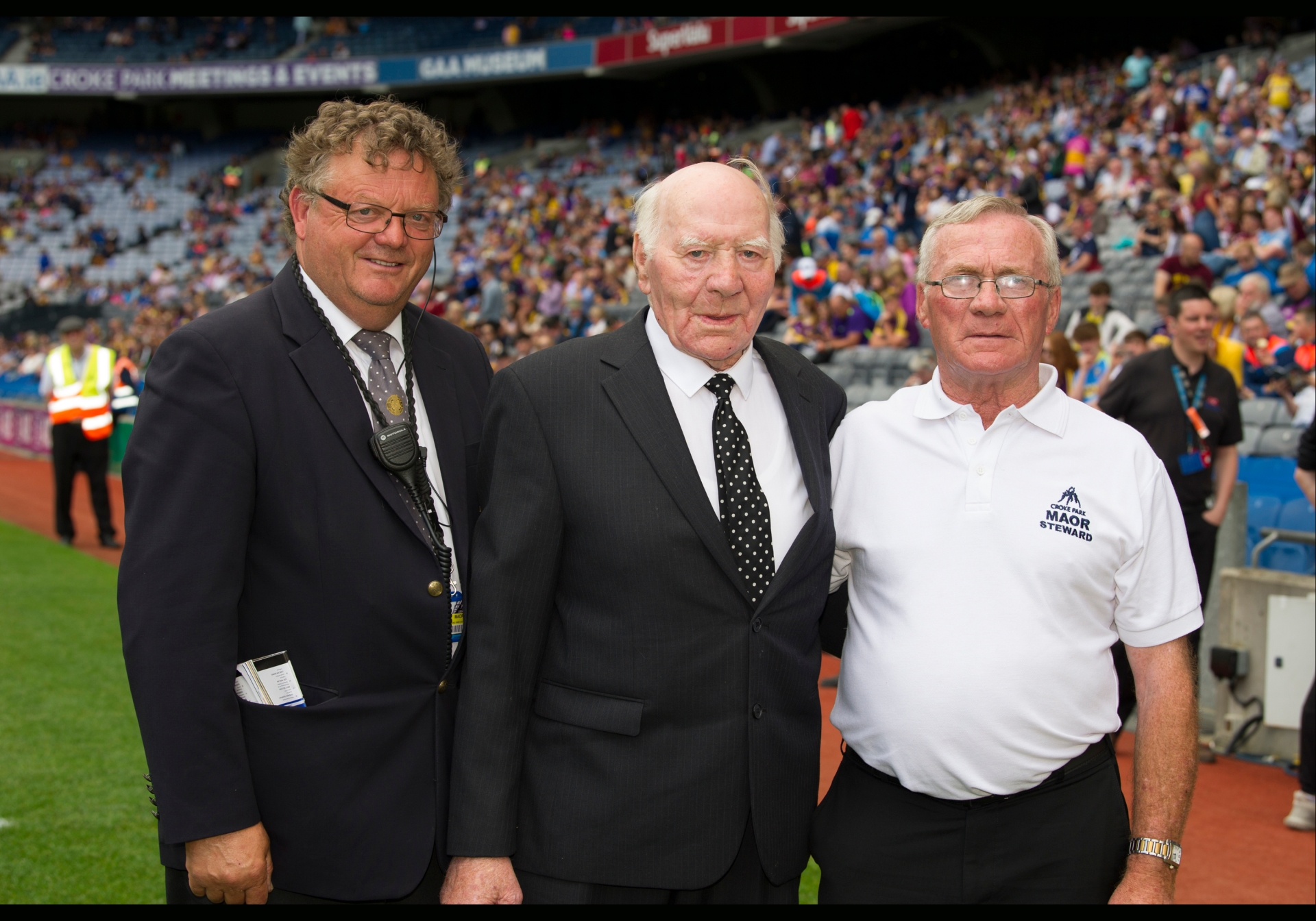 Christy was also honoured on the Laois Hurling team of the 20th Century. He was inducted into the Leinster GAA Hall of Fame on the same day as the Laois hurlers played in Croke Park in the Joe McDonagh Cup Final in 2019.

A DVD was been produced to celebrate and record his achievements.

He is also the first player featured in the Laois GAA Records Bible 1888 - 2019 by John Phelan. Christy also wrote the foreword for this book.

“There will never be another like him - he was a once off and may he rest in peace and may the sod lay ligthly on his earthly remains,” said John in tribute.

He is Predeceased by his brothers Jimmy, Br. Basel (Dickey) and Paddy.

His remains repose at Guilfoyle's Funeral Home, Castletown (Eircode R32TN84) this Tuesday evening, March 7 from 4 pm (family will be present) with prayers at 5.45pm.

Removal at 6.20 pm to St Canice’s Church, Borris-in-Ossory arriving at 7.30 pm. Funeral Mass on Wednesday morning, March 9 at 11 am followed by burial in Derrinsallagh Cemetery, Borris in Ossory.

Christy’s Funeral Mass will be live streamed on the following link: https://www.facebook.com/Borrisinossorypastoralonline/