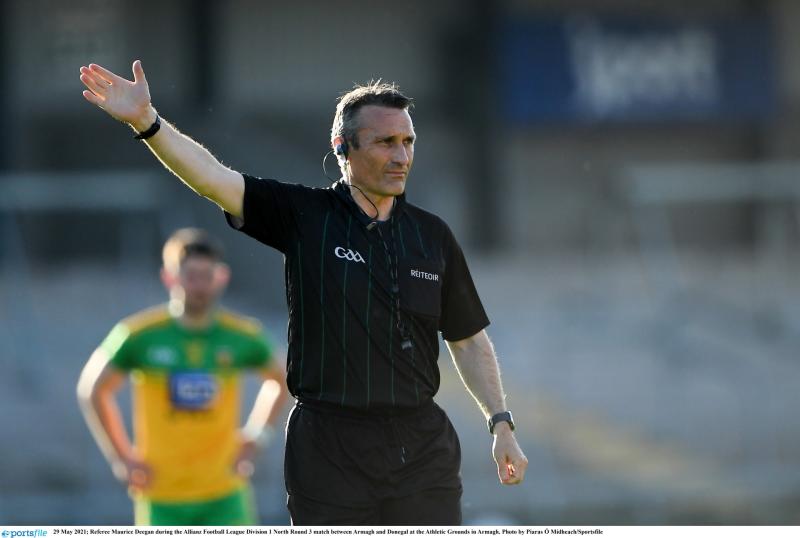 Famed Laois referee Maurice Deegan has been selected on the 16 man panel of Inter County football referees for the upcoming championship.

With 60 senior football championship games set to be played, the Laois man, who turns 50 this year will officiate in his last championship season. Under the referee regulations for Inter County games, once you turn 50, you can no longer be selected on the Inter County panel.

The Stradbally man has been at the top of his game for the last 15 years and was the man in the middle for three All Ireland finals. He took charge of Tyrone and Kerry in 2008 before going on to officiate the 2012 decider between Donegal and Mayo and the 2016 replay between Dublin and Mayo.

He also refereed International Rules series games between Ireland and Australia and took charge of numerous Provincial finals during his career.

His first championship assignment this year will be to keep order on Donegal and Armagh in the opening round of the Ulster Football championship on April 24 in Ballybofey.