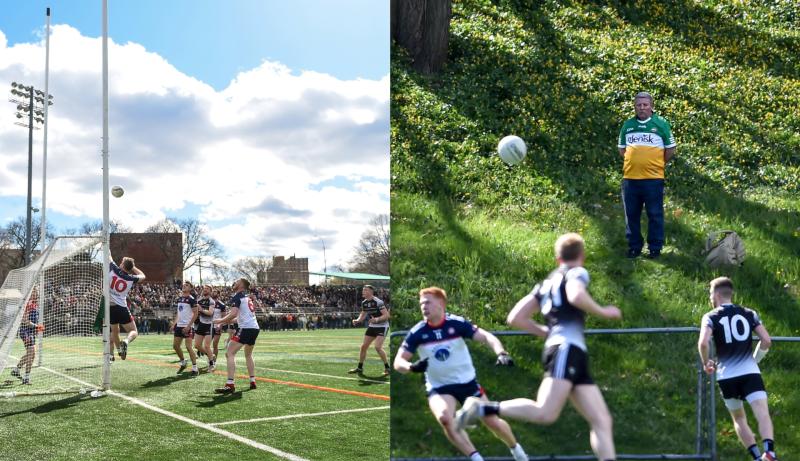 Offaly and Midlands GAA superfan Mick McDonagh was a very long way from home over the weekend as he attended the New York v Sligo game in New York.

The Connacht Championship clash was played in Gaelic Park on Easter Sunday with Sligo prevailing on a 1-16 to 0-15 scoreline.

Mick's trip stateside shows his commitment as one of Ireland's top GAA fans.

He is regularly spotted pacing behind the goals alone at Offaly matches in O'Connor Park and around the country, often hitching lifts across all four provinces.

Sportsfile was in New York on Sunday to capture a picture of Mick in his element on the hill overlooking the pitch. 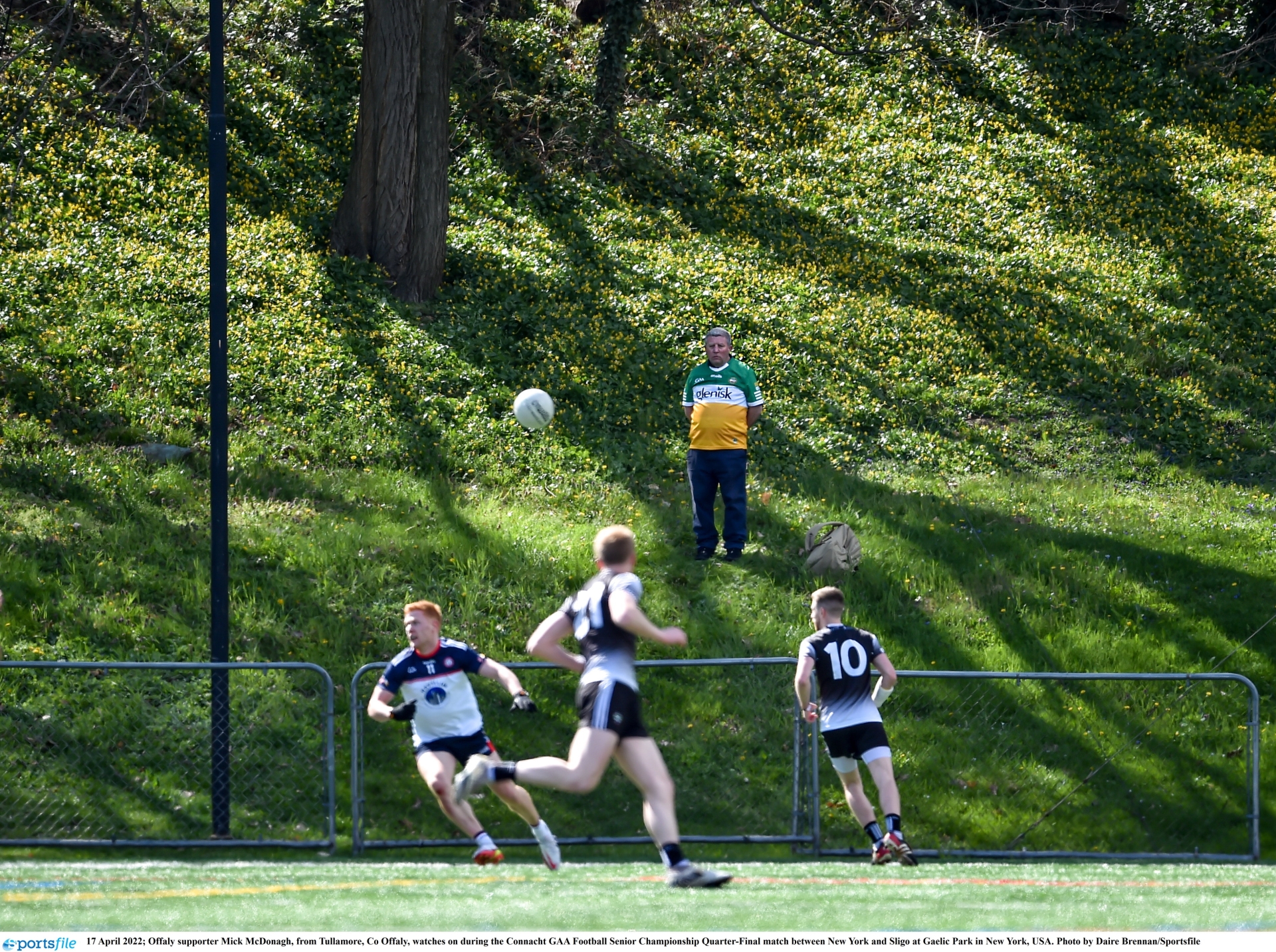