Forget the platitudes, Laois Offaly people power at Portlaoise final reveals urgent need for the GAA to wake up 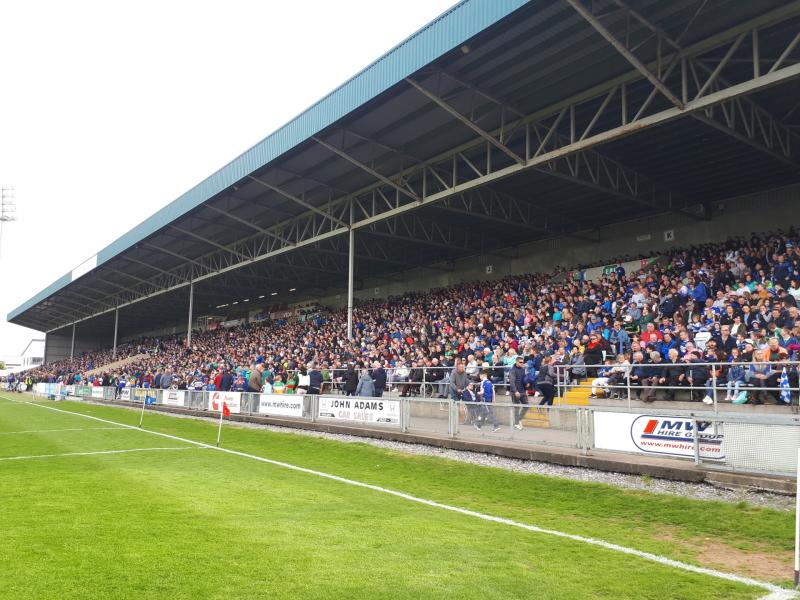 People power can change a lot of things and maybe the Leinster Minor Hurling Final in Portlaoise shows that it's time people power forced change in the GAA at national, provincial and county level.

There'll be lots of platitudes and thrown around generally in the direction of Laois and Offaly about the great turnout in Portlaoise for the Leinster Minor Hurling Final.

A lot of truths won't be uttered from Donnybrook, Jones Road and other high places about what this game really means.

This game showed what Gaelic Games is really about. It showed something that the GAA, a relatively new custodian of the sports, should really be looking at.

There is a real hunger for success but also respect in the 'weaker counties' as they're tagged by the pundits and likely GAA itself. Upwards of 20,000 thronging a county ground on a Monday night for a minor hurling final is indisputable evidence of the appetite for respect and success.

Such a massive crowd also shows that the tag 'weaker counties' is an insult.

Given the home advantage for Laois, it's likely that 60% of the people at the game were from the county which is one of many Leinster counties disappearing under the GAA radar.

Offaly fans also travelled in huge numbers. Offaly would be ignored by the pundits and GAA were it not for their heroics of the 70s, 80s and 90s.

Both counties are now classed firmly in the 'weaker counties' bracket. But what is weak about nearly 20,000 people of all ages from these two counties packing one of your 'provincial' stadiums on a Monday night?

What's weak is Laois fans being outnumbered by Galway supporters in the same stadium just over 24 hours earlier. Galway outclassed a Laois team that is trying to survive in the top tier against teams that are heavily resourced with income from multiple sources. Very few people saw the game.

What is the GAA really doing about this?

The Joe McDonagh Cup and the other hurling cups are just vehicles for change. But come on GAA HQ, put your money where your mouth is and spend to create a level playing field.

If Laois were competitive at senior level, think about the return on investment for a minute. Laois fans would pack O'Moore Park if they knew their team had a chance against Galway. The fans from the West would also travel to Portlaoise in bigger numbers.

Offaly are playing in the Joe McDonagh Cup but were relegated to Division 2 of the hurling league this year after some thumpings.

The senior Gaelic Footballers of both counties are struggling to keep up. Both are in the new Tailteann Cup.

Maybe the GAA doesn't want the complication of weaker counties being competitive.

Maybe it also likes empty or half empty stadiums. The two Leinster Football semi-finals this year are evidence of that. There are numerous other examples of stadiums being left nearly empty.

Gaelic Games are deeply embedded in rural and urban communities right around the island of Ireland. The Laois Offaly game showed that. Thousands of children made up the vast majority of the attendance at the final. Many got in for free. It was throwback to the era when the GAA was maybe more connected to its grass roots.

The GAA at county and national level needs to realise that counties like Laois and Offaly matter but these counties can also be of benefit to the organisation in many ways.

The GAA is just a custodian of Gaelic Games. The responsibility of its staff and officers at national, provincial and county level is to nurture and grow the sport where it needs most help. Looking after the elites and wealthy counties will do nothing in the long run for the sports or the organisation.

So, GAA President Larry McCarty and other GAA leaders and officials here's an open invitation to come down to Laois and Offaly grass roots. See for yourselves, with open eyes and minds, the good work that's being done but also what's needed.

Set up a taskforce and use both counties as a guinea pig for an experiment or a challenge that if successful could be rolled out nationally.

The Leinster Minor Hurling Final should be a wake up call to anyone of influence in the GAA and outside that the sports are alive but they need help to show that there is more to Gaelic Games than elite domination.