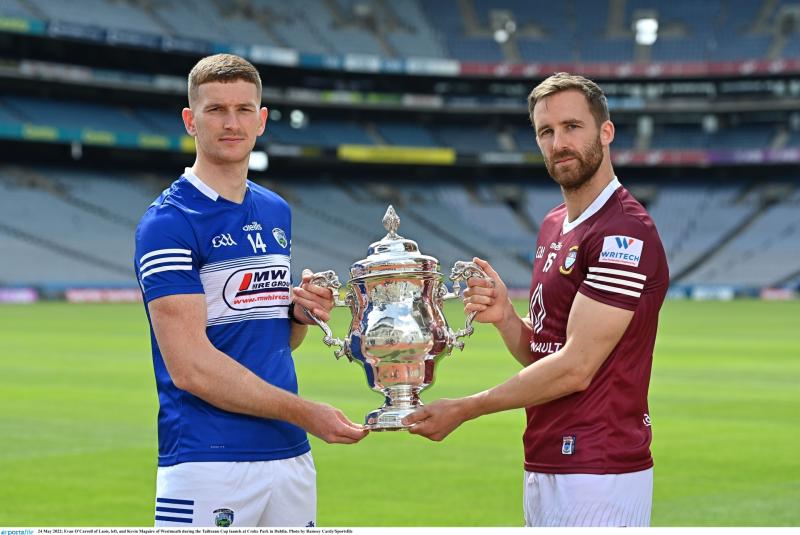 Evan O’Carroll of Laois, left, and Kevin Maguire of Westmeath during the Tailteann Cup launch at Croke Park in Dublin. Photo by Ramsey Cardy/Sportsfile

Laois vice-captain, Evan O’Carroll, is more than happy to be now competing in the Tailteann Cup rather than the All-Ireland SFC Qualifiers.

So he told the GAA in and interview at the launch of the new competition in recent days.

“It is something that we have been crying out for,” says O’Carroll of the new competition. “You are going to go into each match with a realistic chance of winning.

“And at the end of the day, if you have silverware to play for, that’s the most important thing.

“Every team that is in the Tailteann Cup are looking at it and feeling that they could get a good run in it. For it to work, we have to buy into it and we have something to buy into now," said the Crettyard GAA man. 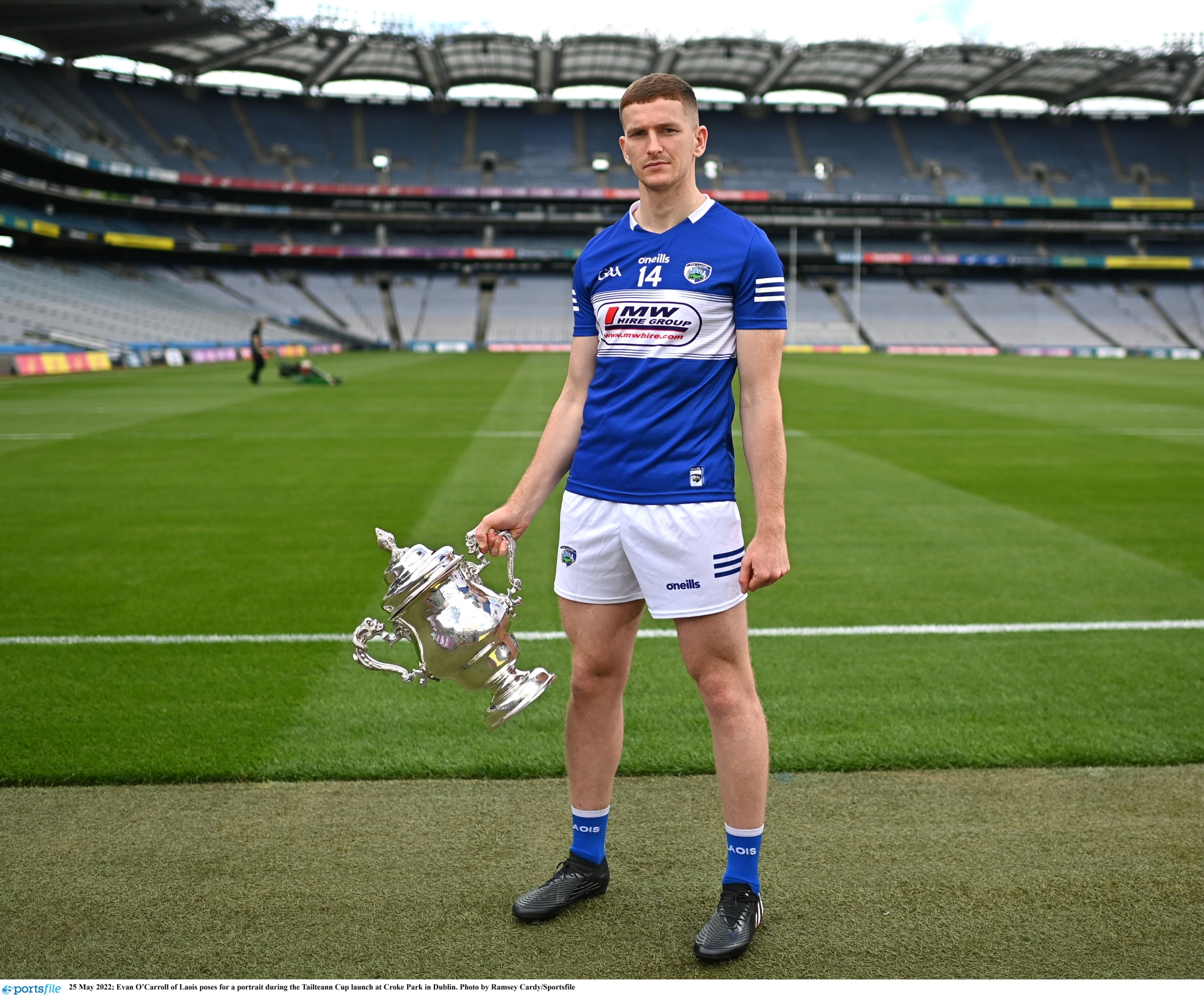 He also reflected on a less than impressive 2022 so far for the the O'Moore men. Relegated to Division 3 and knocked out by Wicklow in the Leinster Championship left many wondering what is going on.

"We know that for half of the league, we were good enough. For the other half, we weren’t. Championship, we definitely weren’t good enough. We still have a good group of players and it is up to us to turn it around now.”

“It was disappointing,” admits O’Carroll. “Any championship defeat is disappointing but the way we performed, that is not us. It was just one of those days.

“We were able to score but there was no point in scoring if you can’t defend as well. Conceding 5-15, you are never going to win any championship game. It was just really, really disappointing.

“We got back with the clubs for a couple of weeks, got a couple of games with them, been training really hard. It is just about getting a bit of confidence back into us. I still believe we are a good team, still think we are capable of causing a lot of teams a lot of problems,” he said.

Apart from the players the season has been a rough one for rookie intercounty manager and former Laois player Billy Sheehan. Evan O'Carroll is quick to dispel any notion that the squad is unsettled under his leadership.

“He has been good. I played with Billy for a couple of years, knew him as a player. And he is the same as a manager. He is 100 percent focused on the development of us, he has brought professionalism to it. If you look at results, we were going well at the start of the year," said the former UCD player. MORE BELOW PICTURE. 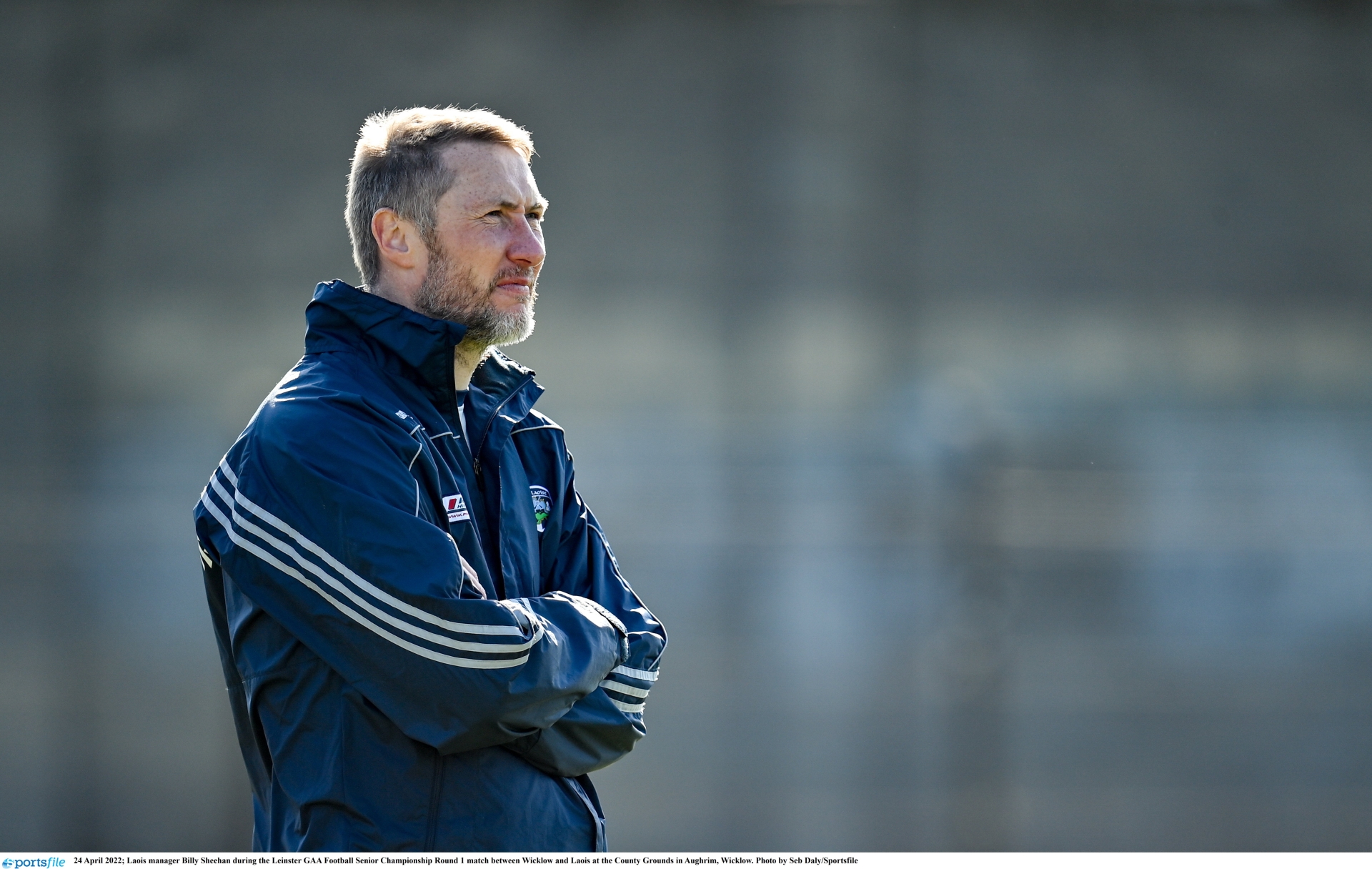 Overall he says the future is what is on the agenda right now.

“Division three was really, really competitive. Everyone was beating everyone else and if you didn’t turn up on the day, you got beat. But look we have something now to focus on winning,” he said.

Laois take on Westmeath in Round 1 of the Tailteann Cup at MW O'Moore Park on Sunday, May 29. Throw in is 2pm.