Abbeyleix comfortably advance past wayward Portlaoise and into PIHC final 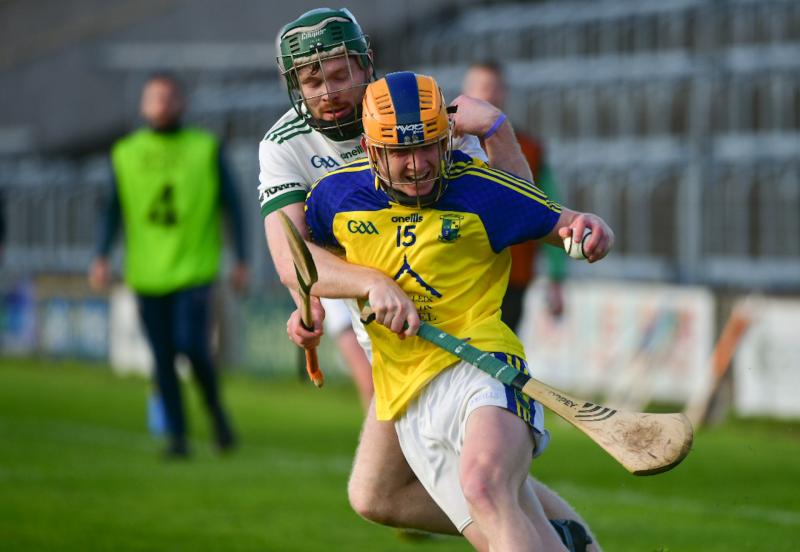 Warm favourites for the Premier Intermediate hurling championship this season, Abbeyleix, had cruised through the group stages of this competition and straight into the semi-finals. They met Portlaoise in last four clash in O’Moore Park.

Portlaoise had recorded an impressive victory over Ballyfin the last day, and welcomed back both Aaron Bergin and Cormac Rigney for this match-up. However, they were outclassed on this occasion by Abbeyleix.

Goals from Colm Byrne, Enda Rowland, and Ciaran Byrne made sure that Abbeyleix booked their place in the Premier Intermediate final in two weeks’ time. For Portlaoise, it’s back to the drawing board as they prepare for another season in the second tier of the Laois hurling championship.

Abbeyleix opened the scoring here in O’Moore Park, as Eoghan Fennelly converted a free to get his side up and running. Portlaoise took a few minutes to reply, but eventually, Laois Senior hurler, Cormac Rigney, curled over a beauty from the sideline to level.

However, Abbeyleix struck the first real blow here. Fionan Mahony dropped deep to deliver a ball into the path of Colm Byrne. Colm then offloaded it to his brother Ciaran, who finished low into the bottom left of the net.

Portlaoise replied with an Aaron Bergin point, who made his return from injury here to boost ‘The Town’ outfit. After a period of five minutes where both teams hit some poor wides, Portlaoise returned to the scoreboard through an Aaron Bergin free to cut the lead to one.

Abbeyleix hadn’t really kicked on after that early goal and it was Portlaoise who did most of the hurling in the first quarter. Eoghan Fennelly did manage to slot over his second free though to put Abbeyleix two ahead again.

Both sides spurned goal chances in the first half. Portlaoise’s Aaron Bergin went close after a sideline from Cormac Rigney fell his way, but he batted just wide. While Ciaran Carroll ran through for Abbeyleix but his shot was stopped by Portlaoise goalkeeper, Liam Og Brennan.

Abbeyleix came alive in the last ten minutes of the first half to fully take control of this semi-final though. Firstly, full-forward Aaron Brennan leaped into the air to claim Enda Rowland’s long-range puck out before Brennan turned on a sixpence and curled over.

Ciaran Byrne then curled over two points from play to extend Abbeyleix’s lead. They then grabbed their second goal, as Enda Rowland marched up the field to drill home a close-range free.

Eoghan Fennelly fired over the final score of the half for the Abbeyleix men. They led 2-6 to 0-4 at half-time, with Portlaoise guilty of hitting eight wides in that opening thirty minutes of action in O’Moore Park.

Portlaoise required a quick start to the second half to make sure this semi-final clash didn’t get away from them. Aaron Bergin stepped up to place over a 65’ to cut the deficit to seven points for his side.

While Fionan Mahony got Abbeyleix on the scoreboard for the second half, Portlaoise hit back with three on the trot to leave. Cathal Duggan, substitute Sean Culleton, and Ciaran McEvoy all raised white flags for Portlaoise to give ‘The Town’ some momentum.

However, that good work was wiped out shortly after. Abbeyleix’s Colm Byrne received possession and showed a burst of speed to make his way close to goal, before unleashing a powerful strike into the roof of the net.

Aaron Bergin and Enda Rowland traded scores from placed balls following that third Abbeyleix goal, as this contest looked all but over. Declan Phelan, who had played a big part in Abbeyleix’s Junior ‘A’ success only a few days ago, then came off the bench to extend his club’s lead to nine points.

Bergin left eight between the teams as we headed into the final ten minutes here. It was goals Portlaoise required at this stage though, but they never really looked like troubling Enda Rowland in the Abbeyleix net until the very end.

Abbeyleix extended their advantage through Enda Rowland (free) and Aaron Carroll scores. Portlaoise substitute, Sean Culleton, did manage to grab a consolation goal at the very end of injury time, but it did not affect the result in the end