Clough Ballacolla advance to final after 10 point win over Castletown 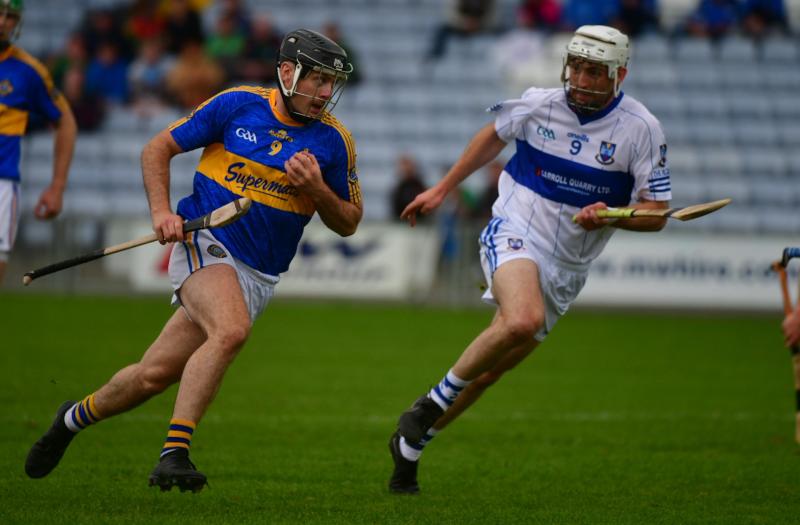 The first of the Senior Hurling semi finals was contested between Clough Ballacolla and Catsletown. Castletown had a good win over Rosenallis in the quarter final to reach this stage but they were certainly coming into this game as underdogs against the current county champions. After some very impressive performances against The Harps, Camross and their opponents today Clough Ballacolla topped their group which meant they advanced straight to this stage

Straight from the off Cillian Dunne opened the scoring for Clough Ballacolla but soon after Conor Phelan hit back for Castletown and provided their opening score. Then a minute later Phelan raised a flag again, this time the green one. His brother Martin gave a lovely ball across and Conor made no mistake with a cool finish. This gave Castletown an early three point lead.

Points from the two Stephens, Maher and Bergin brought Clough Ballacolla back to a within a point after 10 minutes of play had elapsed. The nippy Castletown corner forward Aaron Gaughan restored their three point lead with two points, the second of which was the first dead ball score of the game.

A little bit of niggle then entered O’Moore park as the teams traded points from frees for the while. The best of which came from Castletown’s wing back Conroy, who scored a wonderful free from right in front of the stands and just inside his own half.

Maher and Bergin were doing most of the scoring damage for the county champions and a point from the latter brought the deficit back to a single score five minutes before the break and the former getting the equaliser deep into injury time of the opening period. In the last swing of the half a Gaughan free edged Catsletown back in front.

The opening half was an entertaining tight affair. Clough Ballacolla were coming out on top of most aerial battles but Castletowns hard work and tackiling was key to them going in at the break a point up.

Aaron Gaughan started the second half the exact same fasion as he ended the first by knocking over his fourth free. Soon after Clough Ballacolla were back on level terms. The equaliser coming once again from a Maher free.

The usually prolific Ryan Mullaney finally got his first score of the game before Maher responded immediately with two wonderful points from play to give Clough Ballacolla a two point lead. Then on the 40th minute mark a high ball came in on Willie Dunphys head. Dunphy who had been relatively quite made no mistake in beating two Castletown defenders before slotting it home for a goal that gave Clough Ballacolla some breathing room.

Maher who was making hey in O’Moore park on this chilly September afternoon, got his 10th point of the day to put 5 between them once again. From here the competitive nature of the game petered out. Clough Ballacolla kept ticking away at the scoreboard with points from Maher and Dunphy and Castletown just looked spent. To their credit they still battled hard in tackles but they were not able to create enough for themselves to keep pace.

Deep in injury time A long range free from Maher dropped short and fell through the hands if the Castletown keeper. John O Dwyer was on hand to pounce for Clough Ballacollas second goal but to be fair at this point the game was long over. Clough Ballacolla advance to another senior final and will happy with the fact they got a hard battle today after Castletown really pushed them for three quarters of the game.