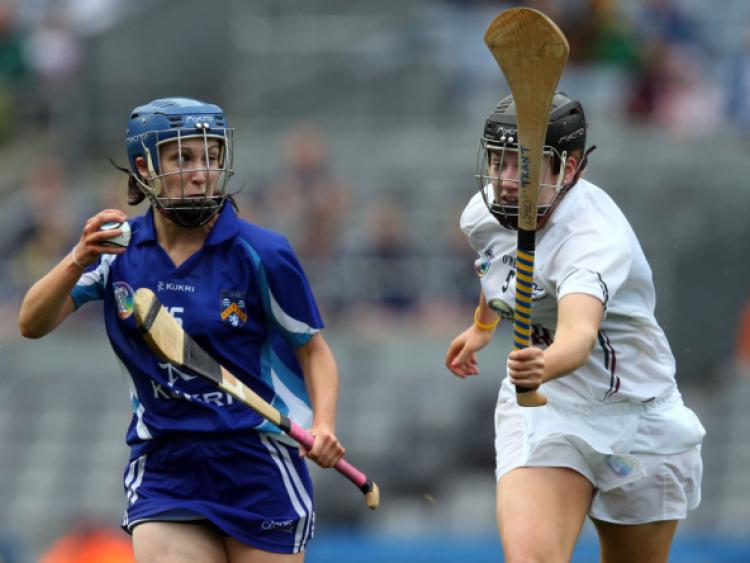 By any standards, Laois camogie manager Mattie Collier’s first year in charge must be judged as a success.

By any standards, Laois camogie manager Mattie Collier’s first year in charge must be judged as a success.

He guided the side to victory in the Division 3 League Final and he also brought the side to the Leinster and All Ireland Finals. Unfortunately for Collier and his side, in both those game they came up against a Kildare side who had their number on each occasion.

Last Sunday Laois lost out to their neighbours in the All Ireland Premier Junior Final in a game where Collier’s side never really settled into the encounter. Speaking after the game he summed up his thoughts on the day and pointed to the two goals for Kildare shortly after half-time as the key moments.

“I felt in the first-half we didn’t get going at all. Still I was happy enough at half-time when we went in four points down after not hurling at all. We decided to move Sarah Ann up to the forwards and go for it. When we got the goal straight away, it seemed like it was working and then a big heavy shower of rain came and seem to kill the thing all together for a couple of minutes and then they went down and got two goals. That effectively killed off the game.”

Laois didn’t open their account until the 24th minute and Collier lamented that slow start as well as the fact that his side just couldn’t get their noses in front.

“Is it a Laois thing that we always seem to be nervous no matter what way you prepare? They were nervous too and four points wasn’t a lot at half-time. If we could have held it for a few minutes after we scored the goal, or added a point or even gotten level at any stage. We never got ahead at any stage. If we got ahead, it’s much easier hurl in front than when you’re behind.”

While obviously disappointed at the outcome of the game, Collier pointed to the positives inclusing the experience gained by some of the younger players.

“You had a 17 year old, Grace O’Neill, come on and score the goal. That’s fantastic for her to do it in Croke Park. Players like her and other younger players on the panel, if they stick together and camogie keeps developing in the county, Laois will be back again.”

One factor on the day was the strength and physicality of Kildare and the poor conditions certainly played into their hands.

“They won a lot of the 50-50 balls, particularly in the first-half,” commented Mattie Collier. “We didn’t seem to get going at all. The girls fought hard. They trained hard all year. They put a fierce effort in. Sometimes you have to lose one to win one.

The Laois manager however was very magnanimous in defeat and he paid sincere tribute to Kildare and their efforts on the day.

“Fair dues to Kildare. They were the better team on the day. It’s as simple as that.”