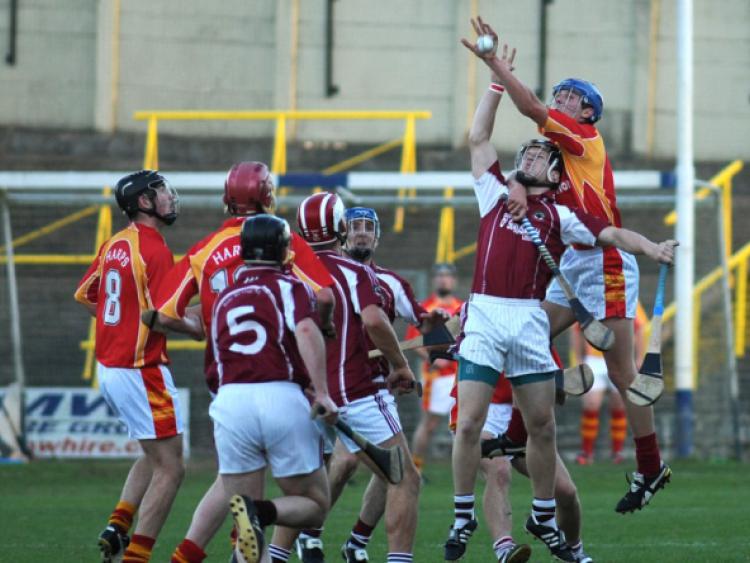 The Harps ensured they would be playing senior hurling in 2014 as they easily accounted for Ballinakill on Sunday evening.

The Harps ensured they would be playing senior hurling in 2014 as they easily accounted for Ballinakill on Sunday evening.

For two teams playing for their SHC future, it was a game which surprisingly lacked intensity, as The Harps were comfortable winners in the end.

They hit the front early, and despite being hit with two sucker-punch goals by Ballinakill, they held their composure to keep firing over points.

Ballinakill were very disappointing on the day, when a big performance would have been expected against one of their local rivals in a big championship game. It never materialised, however, as they offered little over the course of the hour, and ended with 14 men after Eamon Jackman’s late sending off.

The Harps had struggled to produce enough cohesive hurling in the championship up to this point, but they settled quickly and were ahead after three minutes thanks to Sean Bourke. The ever-reliable Michael Lanigan added a point from a long-range free three minutes later, and when he floated over a 65 soon after that, they lead 0-3 to 0-0.

Ballinakill had offered little in the opening exchanges but were soon back level, when James Walsh’s sideline cut bounced kindly for TJ Lalor in the penalty area, and he powered home from 12 yards.

That score came from nowhere, but The Harps refused to be stunned by it, and quickly retook the lead. Lanigan landed two frees and Sean Bourke pointed from an acute angle after a run down the left wing to put them three ahead again, and history would soon repeat itself.

A long ball into The Harps penalty area was contested by Cha Dwyer, and it rolled kindly for Damien Carter who stroked the ball to the net. Ballinakill had only really threatened twice and had two goals for themselves, but The Harps were showing commendable nerve considering what was at stake.

They took the lead once again four minutes later thanks to another Lanigan free, and this time they would push on. Shane Donohue did well to catch a puckout, before going one better by firing the ball over the bar to open up a two point gap. Lanigan added a free to put them three ahead, but there would be no Ballinakill goal this time, as Ronan Delahunty pointed from distance.

Jackman added another from play soon after, but a 65 from Lanigan and a fine individual score from Eoin Clancy left The Harps in a commanding position at half time, leading 0-13 to 2-2.

Ballinakill needed to get off to a strong start in the second half, but it was The Harps who opened the scoring as Lanigan again fired over a free. Ballinakill’s confidence was clearly low, and that was highlighted by Eamon Jackman missing a routine free from 40 yards out.

Eoin Clancy punished that miss before Jackman made up the error with his third point, from a free, but The Harps quickly hit back. Lanigan pointed from play this time, with Pat Walshe adding another from distance, but Ballinakill had their most productive spell of the game after that.

For the first time they raised the pace of their game and were rewarded with four points on the trot. Jackman started the run with a free, and TJ Lalor added two more points either side of a Paul Simms effort to get them within four.

That was as close as they would get, however, as The Harps closed out the game from that point on. Ballinakill would not score again, and Sean Bourke and John Brophy scored two late points to wrap up the win.

For The Harps, it’s relief at the end of a bad year, and for Ballinakill, there is much to contemplate.