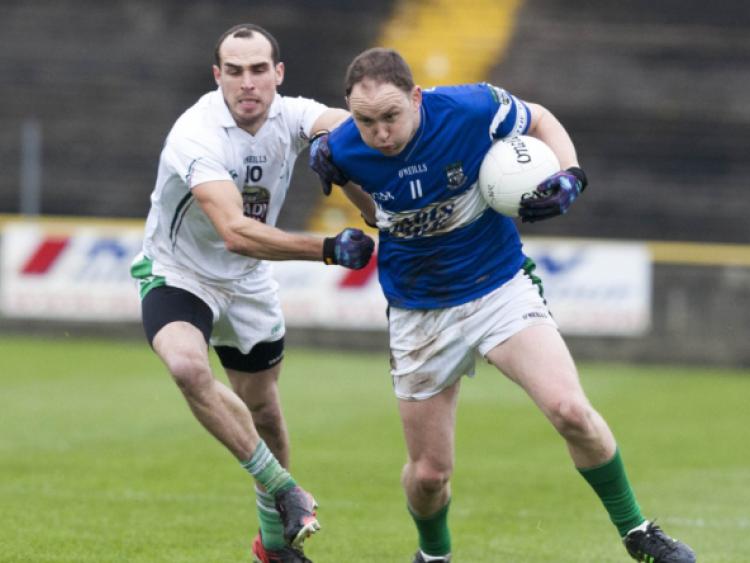 Portlaoise senior footballers are back in the Leinster Club SFC final after a hard-fought four point win over Moorefield on Sunday.

Portlaoise senior footballers are back in the Leinster Club SFC final after a hard-fought four point win over Moorefield on Sunday.

Portlaoise came into the game against the Kildare champions just a week on from an epic contest with Longford Slashers, but they bore no ill-effects from that clash, as they proved too good for a fancied Moorefield team.

It will be their third Leinster final appearance in five years, with their last appearance coming in 2012, when they lost out to Ballymun Kickhams.

It will be Dublin opposition for them once again this year, as St Vincent’s have come through the other side of the draw courtesy of a 1-14 to 1-10 win over Summerhill of Meath on Sunday.

Former Dublin footballer Tomás Quinn scored 1-8 for them in that game, and they will now welcome back All-Ireland winning duo Diarmuid Connolly and Ger Brennan from suspension for the final.

Portlaoise manager Mark Kavanagh admitted after Sunday’s game that he was supremely confident his side would win, despite trailing at half time. “We said to the lads in the dressing room, if you control the ball, you control the game. There was no doubt in our mind at half-time that we were going to win it. And I thought maybe we could have won by more.

“We had two goal chances where we tried to walk the ball into the net. In fairness to the lads that’s what we’ve been practising for the last couple of years and maybe they just overdid it a small bit today. All in all there was no doubt in my head at half-time that we were going to win this match.”

The final will be played on December 8 in O’Connor Park, Tullamore.