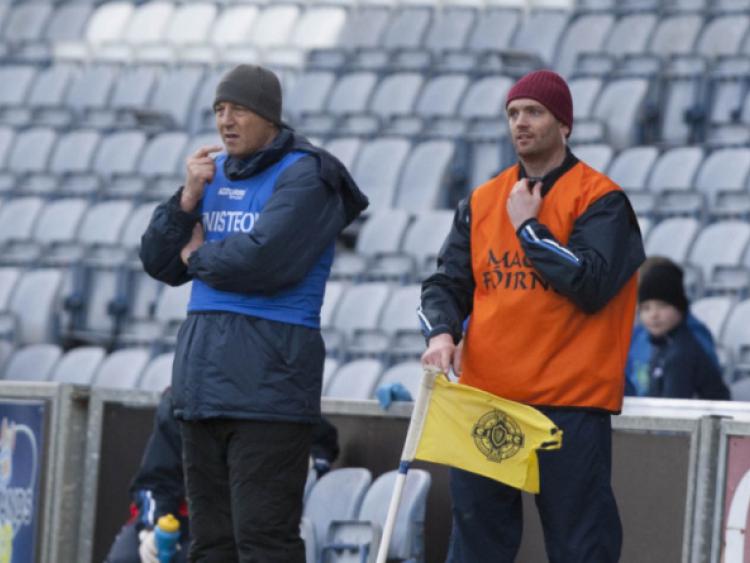 Laois manager Tomás O Flatharta offered no excuses after Sunday’s defeat to Donegal, as he admitted that Laois came up against a better team in O’Moore Park.

Laois manager Tomás O Flatharta offered no excuses after Sunday’s defeat to Donegal, as he admitted that Laois came up against a better team in O’Moore Park.

In his first league game in charge of the county, Laois were thoroughly outclassed by a Donegal side that showed no mercy. Four up at half time, they made the most of wind advantage in the second half to streak clear, and it leaves O Flatharta with much to ponder.

“There are plenty of lessons to learn from it and we have another game next weekend now, and we have to start preparing for that.”

Looking back on the game, the Laois boss was disappointed his side did not make the most of wind advantage in the first half. Too often they passed the ball short in midfield rather than playing it directly into the full-forward line, and the manager would have liked to see his team be more direct. “In the first half we let a lot of chances go because we were playing the ball too short, we were passing the ball around the middle too much, instead of varying out delivery into the forward line.

“We didn’t create enough opportunities for our forward line, I think any time the ball went in they had the beating of their men inside.

“You can’t really go and do that against Donegal, we were going into contact instead of moving it on swiftly, we did that a bit towards the end of the game, but when we had the aid of the breeze in the first half, we should have moved it much quicker.”

There isn’t much time to rectify the wrongs of this game either. Louth are up next, in Drogheda, and Laois will have to make big strides in the space of a week to get to competitive level in the Division.

Despite the lack of time to prepare, O Flatharta is happy to have another game so soon. “We just have this week together, but it’s good when games come around quickly like that, there’s a good few things we can learn from today and we just have to prepare for Louth next weekend, and prepare for that challenge.”

One plus for Laois from this game at least was the blooding of new players. “Our goalkeeper Graham (Brody) made one or two very good saves in fairness to him” said O Flatharta afterwards. “He was smart enough with some of his kickouts. We had Evan O’Carroll and Stephen Attride and Adam Ryan, and they all came in.”