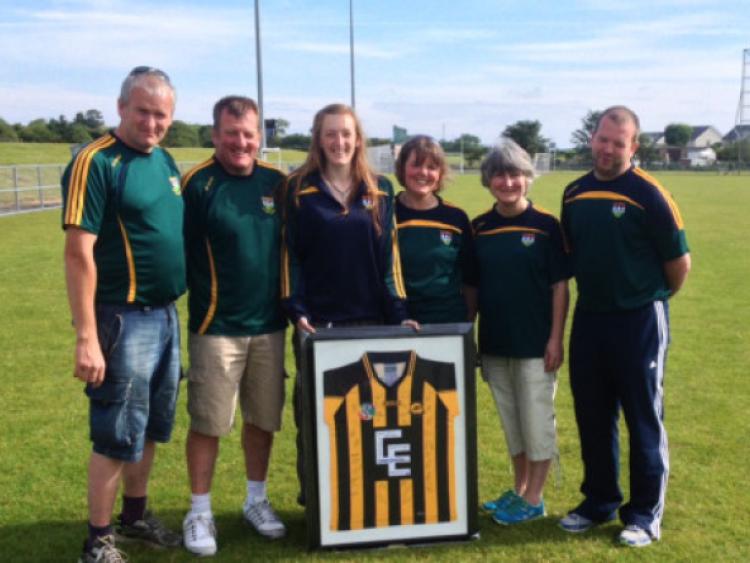 All four Laois clubs competing in the national hurling Féile over the weekend made at least the semi-final stages of their competitions, with Clough-Ballacolla just losing out in the Division 3 Shield Final.

All four Laois clubs competing in the national hurling Féile over the weekend made at least the semi-final stages of their competitions, with Clough-Ballacolla just losing out in the Division 3 Shield Final.

Over the course of a glorious weekend, Naomh Eamann were competing in the Boys Division 1 grade, and made it to the semi-finals in another positive step for Laois hurling.

In the quarter-final they beat Kilkenny side Bennettsbridge 2-3 to 0-5, but their hosts then beat them in the semi-finals, 5-11 to 2-3.

Clough-Ballacolla had a mized bag in the group stages, recording a good 3-4 to 1-2 win over St Eunan’s but losing out to Buncrana and Tommy Larkins.

That saw them into the Division 3 Shield competition, and they had a good 2-11 to 0-3 win over Banagher in the quarter-final. That was followed up with a 1-7 to 1-2 victory over Whitechurch in the semi-finals, but St Ernan’s of Westmeath proved too strong in the final, as they lost out 3-5 to 1-8.

In camogie, both Laois teams involved, Camross and Clonad, we in Division 2.

Those results meant they cruised into the knockout stages, where they took on Portaferry from Down. This was their toughest match to date, but they did enough to claim the win on a scoreline of 3-1 to 1-4.

Unfortunately their hopes of making it to the final were dashed, as Gaultier GAA club, from Waterford, halted their run at the semi-final stage. It was some consolation for Camross that Gaultier went on to win the final, where they beat Tullamore.

Clonad had a tough time of things in the group stages, where they unfortunately came out on the wrong side of some closely fought games.

That qualified them for a Shield semi-final, where they beat St John’s 4-0 to 1-0, but unfortunately their run was halted in the semi-finals.

This weekend sees Laois teams head to the football Féile.