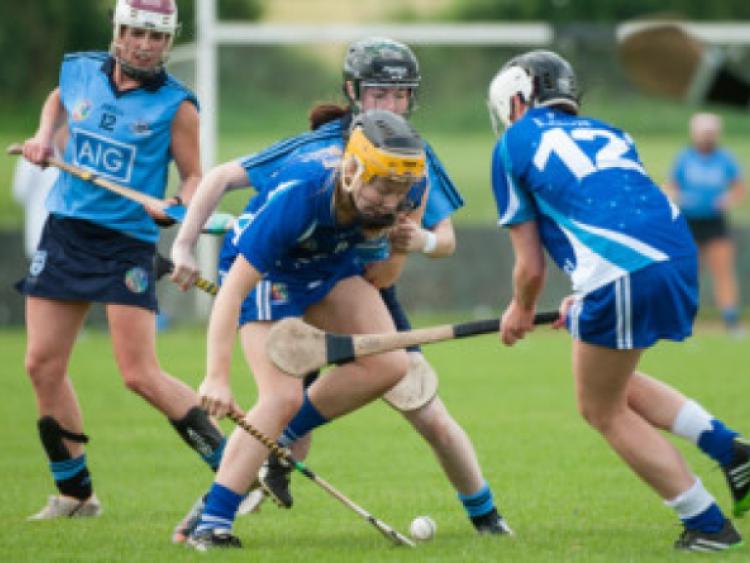 Laois suffered a setback in their opening game of the All Ireland Premier Junior Camogie Championship as they lost out by five to Dublin in Rathdowney on Sunday.

Laois suffered a setback in their opening game of the All Ireland Premier Junior Camogie Championship as they lost out by five to Dublin in Rathdowney on Sunday.

Laois, who lost out in last year’s All Ireland Final, came into the game in a rich vein of form having claimed the Leinster Junior title in emphatic fashion however they struggled to rediscover that form on Sunday against Dublin’s second team.

Dublin won last year’s All Ireland Junior A Championship and made it to the Division 3 Final this year where they lost out to Westmeath.

The platform for their victory was built in the first-half as they finished the first 30 minutes with a commanding 0-10 to 0-4 lead.

Laois threw everything at Dublin in the second-half and were unlucky not to find the net on a couple of occasions. Any time Laois threatened to close the gap, Dublin managed to respond with scores of their own with seven different players getting on the scoresheet.

Laois were dependant on the scoring of Louise Mahony with The Harps player acocunting for nine of the her side’s ten points, all from placed balls. Their only score from play came from Niamh Dollard after 42 minutes.

Dublin were quickly out of the blocks with points from Emma Flanagan and Georgina Kelly getting them up and running.

Louise Mahony opened Laois’ account in the tenth minute from a free but that was quickly cancelled out at the other end with Georgina Kelly slotting over a free of her own.

Ciara Burgess and Elaine Gallagher extended Dublin’s lead as the visitors took full control of the game. Laois were under immense pressure at the back but they defended strongly and managed to keep in touch.

Georgina Kelly and Louise Mahony traded frees but Dublin kept piling on the pressure and Emma Flanagan added another point to extend the lead to five but the dead ball accuracy of Louise Mahony was hugely impressive on the day and she accurately dispatched a ‘45 as Laois struggled to hang on to Dublin’s coat tails.

Late in the half, Laois rallied and after Louise Mahony added her fourth point, they came within inches of what would have been a crucial goal that would have gotten them back within one but Niamh Dollard’s shot flew just wide of the upright.

However just when Laois looked to be getting back into the game, Dublin struck for two quickfire points late in the half to give them a six point lead at the interval.

Laois came out with a renewed vigour in the second-half but again their forwards struggled to get the better of a tight marking and well organised Dublin defence.

Louise Mahony and Niamh Adams traded points before Niamh Dollard worked another goal chance only to see this effort deflected out for a ‘45. Louise Mahony converted the ‘45 and she added another ten minutes into the half as Laois slowly ate into Dublin’s lead.

But as they had done late in the first-half when their lead was in jeopardy, Dublin hit for two points in a row. Laois responded in kind through the ever dependable Louise and then their first from play from Niamh Dollard.

At the other end Laura Dunne made two super saves to keep her side in it but Georgina Kelly did restore a five point advantage for Dublin as time started to run out for Laois.

The home side never threw in the towel and continued to attack but they never got another sight of Stephanie Carthy’s goal. Louise Mahony rounded off the scoring with another ‘45 but it was little more than a consolation score.

While the defeat is a setback for Laois, they will be looking to get back to winning ways when they travel to play Westmeath next weekend.

With four of the six teasm in the Premier Junior Championship making it through to the semi-finals, the defeat last Sunday should not prove too costly however they can ill afford another set back this weekend.