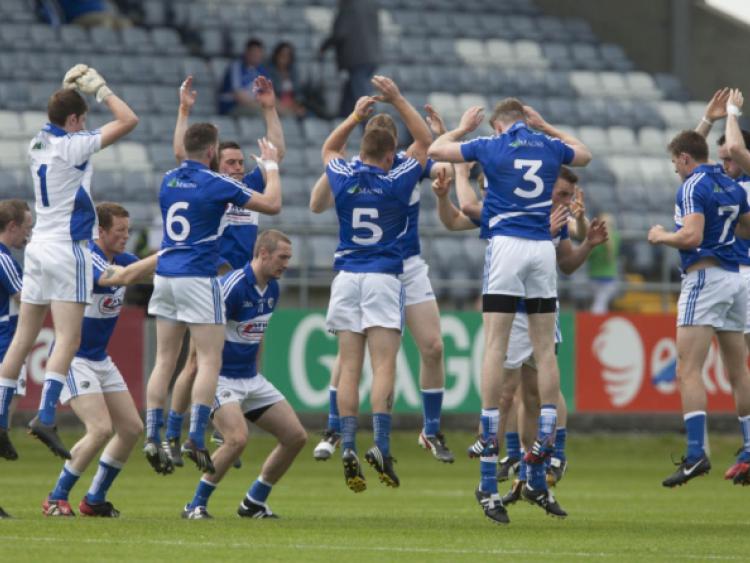 Laois booked their place in Round 2 of the All-Ireland Qualifiers on Saturday afternoon, but they were made to fight all the way for it after a huge battle with Fermanagh.

Laois booked their place in Round 2 of the All-Ireland Qualifiers on Saturday afternoon, but they were made to fight all the way for it after a huge battle with Fermanagh.

Widley tipped to breeze past the challenge of Pete McGrath’s side, Laois started brightly but wasted a whole host of chances in the opening 15 minutes.

In that time they hit six wides, dropped two shots in the goalkeeper’s hands and had a chance for goal deflected out for a 45.

It was a full-on assault on the Fermanagh goal, but it provided little reward, and it was something which would come back to haunt Laois later in the game.

Had they been more clinical, or even more clever in their choice of shot, during that period, they could have had Fermanagh left completely disheartened by half time.

Instead, they left them in the game, and Fermanagh almost made full use of the reprieve, losing out by just a single point after a late comeback.

Laois will have plenty to work on for the next round of the Qualifiers, and while the shooting was a worry, so too is the amount of scores Laois are conceding. After shipping 2-21 against Dublin, they gave up another 2-15 here, and better teams won’t let them shoot their way out of trouble, as Fermanagh did here.

Laois are a hard-running side in attack, committing men forward in numbers and creating overlaps at every opportunity. The commitment to attack often leaves them with little over at the back, and it certainly leaves the full-back line exposed. Some of Laois’ defenders will have to run back down the field with the same enthusiasm as they pour forward if they want to extend their season well into the summer.

As mentioned earlier, Laois started brightly, with Donie Kingston pointing inside of a minute after being picked out by a brilliant long-range pass from James Finn.

Sean Quigley responded for Fermanagh with the first of what would be an impressive haul for him, but Laois were to dominate the next ten minutes or so of the game. They had Fermanagh living off scraps, but couldn’t feast at the other end of the field. the best chance fell to Ross Munnelly, when Donie Kingston lofted a ball over the Fermanagh defence to send him clear on goal, but his effort was blocked and went out for a 45, which Darren Strong pointed.

Two more points from Strong, one of which was also a 45, helped Laois into a 0-5 to 0-2 lead after 22 minutes, and it looked like Laois were finally going to kick on and take control of the game on the scoreboard.

The players must have been thinking that was about to happen too, as they went out of the game for a spell, allowing Fermanagh back into it. Barry Owens started their revival with a soccer-style point from 14 yards out, and Ryan Jones added another with a fine effort from distance.

Buoyed by those scores, Fermanagh scored twice either side of a Donie Kingston point to leave the teams level at 0-6 each. Cue the Fermanagh goal, which arrived moments later. Tommy McElroy launched a ball into the square from the right wing, and after it bounced around off a couple of players, and the crossbar, Sean Quigley managed to just get the ball over the line to claim the goal.

Laois responded well in fairness, hitting the next three points without reply, two of them coming from captain Ross Munnelly and the other from Conor Meredith to leave the teams deadlocked at half time, 0-9 to 1-6.

Fermanagh enjoyed the better start to the second half, with the impressive Quigley again to the fore, helping his side take a two point lead as a potential shock looked to be on the cards.

Cue the Laois goal, as Donie Kingston’s scuffed effort fell kindly for the impressive Billy Sheehan, who applied the finish from a couple of yards out. Fermanagh briefly drew level, but the goal had Laois’ confidence surging, and they rattled off four points on the trot, with two of them coming from Kingston and on each from Munnelly and Kevin Meaney.

That should have signalled a procession to victory, but then Fermanagh won a penalty, which Quigley converted, and that set up a dramatic finale. Laois pulled three clear once more, but Fermanagh hit two more points, to leave the minimum in it at with time almost up.

The equaliser never came though, as time eventually ran out on their comeback.