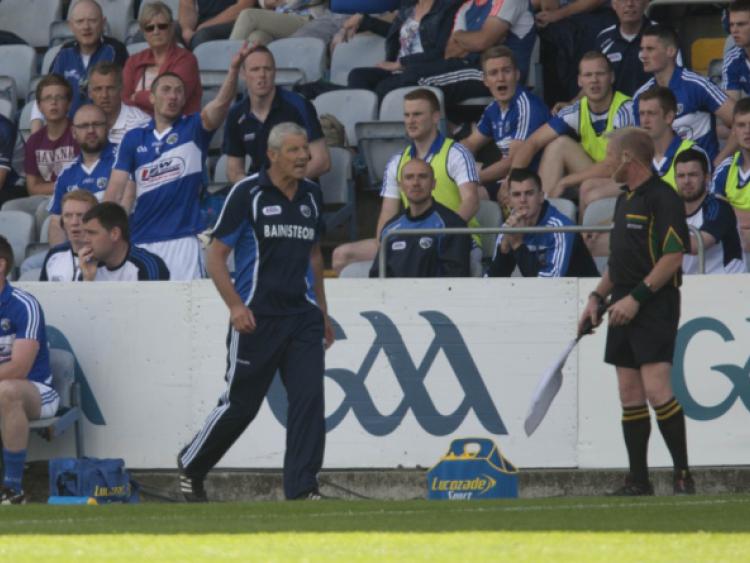 Laois manager Tomas O Flatharta admitted the tough test posed by Fermanagh was exactly what his side needed, after they claimed a one point win in O’Moore Park on Saturday afternoon.

Laois manager Tomas O Flatharta admitted the tough test posed by Fermanagh was exactly what his side needed, after they claimed a one point win in O’Moore Park on Saturday afternoon.

Laois were heavily favoured to win the game beforehand after their encouraging performance against Dublin, but they were made to battle all the way by a resilient Fermanagh side.

Speaking afterwards, O Flatharta felt that after all the praise aimed towards his team after the loss to Dublin, a game like this was needed to give the players a reality check. “I think it was the game we needed. There was always a danger people were building up they way we played against Dublin.

“There was always that danger there was going to be a bit of complacency. I think today we got the lesson that you can’t be complacent in this knock out competition.”

The manner of the win might not have been what many supporters were expecting, but O Flatharta was confident that Fermanagh would provide a stern test. “It was (one hell of a battle) but that was what we expected to get from Fermanagh. It’s championship football, it’s knock out so there’s no safety nets at this stage.

“You have to go for it and we knew a northern team wouldn’t come easy. They would come with a fight and that’s what they did.

“Then Fermanagh went two points ahead in the second half but I think the lads showed a lot of character again. They fought and fought and kept driving forward. We got some good scores ourselves. Our shooting was better in the second half and we’re delighted to be going into the next round.”

O Flatharta opted to make some changes to his starting line up for this game two, and while Laois struggled in many ways from the outset, it did leave him with a strong pick from the bench, which pleased the Kerry man. “That’s a key thing in any panel, to have strength in depth. Those two lads started the last day and unfortunately they didn’t get the call this week. We made some tactical changes and they responded very well. Kevin (Meaney) did very well when he came on and so did Stephen (Attride). We’re delighted our panel is strengthening all the time.”

Laois have work to do for the next day, and chief among those is improving in attack. “There are things we need to improve on. Our shooting in the first half, it is great we have those high numbers of attempts, but we need to start converting them.”