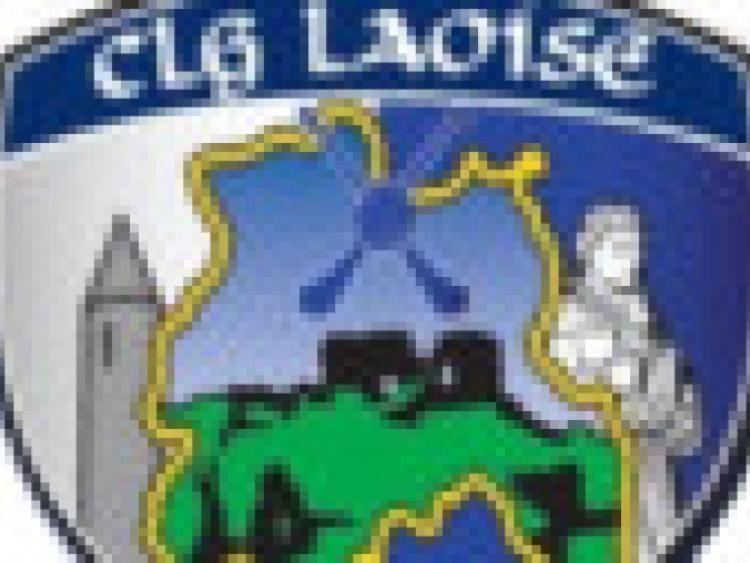 Wednesday night’s Laois County Board meeting was an emotive and, in the end, controversial one, as the decision was made to rescind the championship up to this point and deem this weekend as Round 1.

Wednesday night’s Laois County Board meeting was an emotive and, in the end, controversial one, as the decision was made to rescind the championship up to this point and deem this weekend as Round 1.

In the process, the three teams which were in the relegation play-off - St Joseph’s, Arles-Kilcruise and Stradbally - will now not face relegation, nor will they participate in the new format of the championship.

Below is a report, in chronological order for the most part, of what transpired at last night’s meeting.

Laois GAA Chairman Gerry Kavanagh was first to address the meeting, as he offered an apology and an explanation of how Laois GAA came to be in this situation.

“I was to start by apologising for all of you having to be here. The sequence of events, in relation to the senior championship is that we should have sought derogation of rule 6.20.3, and we didn’t.

“There is a simple reason for that - we made a mistake, and nothing other than that. We understood that the losers group was separate from the SFC proper, but this was not the case. It was as big a mistake as we could have made.

“No one is suggesting that this was a way for teams ending up in relegation of getting out. We are good, but we’re not that good.”

Peter O’Neill then outlined to the meeting the sequence of events leading to the emergency county board meeting, starting with the correspondence received from St Joseph’s and Arles-Kilcruise relating to the problems surrounding the breach of rule in the SFC.

From there, a meeting of the CCC and County Executive took place on Monday night, where O’Neill stated ‘all the different parameters’ were discussed as to how to move the championship forward, and that the goal was to try and complete the SFC for 2014.

As a result, a proposal was brought forward which stated that. “The meeting reluctantly agreed to make a recommendation to County Committee that the relegation process in the SFC be set aside for 2014 and that we continue our Championship in the present format to conclusion.”

O’Neill also pointed out that the JFC has not been in order for “two or three years”.

He stated that at a meeting with the 12 senior clubs remaining in the championship, which took place before the County Committee meeting, that the consensus among those clubs was for the CCC to withdraw the proposed motion, and continue with the SFC.

Portarlington delegate Seamus Hunt then asked, in the interests of clarity, that the St Joseph’s and Arles-Kilcruise delegates explain the motivation for their request, and outline the consequences of non compliance.

St Joseph’s delegate Míchael Condron said. “We had a meeting when we discovered the problem. We don’t want to be relegated, and our feeling was that there was a breach.”

He also criticised the top table for using the word ‘reluctantly’ in their proposal, and that the proposal had essentially been written by his own club. He accused the top table of a lack of leadership on this matter.

He also said that he could not state what the consequence would be until he had spoken with his club, but added. “You can imagin yourself, the SFC is not in order.”

Mr Condron later added that St Joseph’s were “happy to walk off the field if the threat of relegation is gone.”

Timahoe’s Willie Ramsbottom said that his own club had been relegated a number of times, and while it was a “bitter pill to swallow”, that “if you go down, you go down, and if you’re good enough you’ll come back up. In my opinion, there are too many bad teams in the Laois SFC.”

Peter O’Neill outlined at this point that the format for the three-way playoff used to decide relegation was in order.

It was later put to Mr Condron by Seamus Hunt that if a Round Robin format was adopted for this year’s relegation play-off, would the clubs be satisfied with that. Mr Condron said they would not, as that would still not rectify the fact the SFC was not in order.

Arles-Kilcruise delegate JJ Conway outlined his club’s position, saying. “We were approached by St Joseph’s, and it was pointed out a problem with the SFC and we were seeking clarification about the permission to give a bye in the second round of the SFC, and we went along with them.”

Míchael Condron responded, saying. “We made a request, if it is adhered to, I can guarantee won’t object to it and no reason it can’t go ahead.”

JJ Conway added. “We have no objection to the SFC continuing with 12 teams. If a player was in breach of a rule he would be punished. The championship is in breach of rule, so there should be no club punished. Call it a loophole or whatever kind of hole you like.”

At this point, Peter O’Neill outlined the format, which was subsequently adopted, whereby the former championship be rescinded and that the 12 teams begin a championship at Round 1 start this weekend. He stated this would leave no grounds for objection.

Some delegates, who attended both meetings, aired their dissatisfaction that this option was not discussed in the earlier meeting. Later, Central Council delegate Anthony Delaney pointed out that. “You can’t say no one can appeal, everyone can appeal. The outcome, we don’t know, but to say there can’t be an appeal is incorrect, and it would start with the red cards from the previous rounds.”

Seamus Hunt said he would endorse that proposal, but urged all those present to commit to a serious review of the football structures in the county, at adult and juvenile grades in both league and championship.

Oliver Phelan from Ballyfin added that most important thing was to keep the county intact, and that there be no big falling out.

At this point, Peter O’Neill put forward the proposal to rescind the championship, that the teams in the relegation playoff remain up for 2015, and that they begin the championship from Round 1 the drawn which already taken place.

as the debate continued, delegate for The Rock, Pat Murphy asked. “There was a serious mistake made by the board, who is at fault here?”

Gerry Kavanagh interjected at this point, stating. “ I came in and apologised at the start of the meeting, I can’t do any more than that.

“We made a mistake, and as county chairman, the buck stops with me, and I apologise again.”

Willie Ramsbottom said Mr Kavanagh “should not apologise any more. No one here can stand up and say they never made a mistake.”

Getting back to the proposal, the room was informed that it would take a 2/3 majority for the proposal to be passed. Seamus Hunt endorsed the proposal put forward by Peter O’Neill, and proposed it himself, with Mick Behan from Courtwood seconding.

A vote was eventually taken, with 46 present eligible for to vote. It carried with a total of 33 votes in favour.