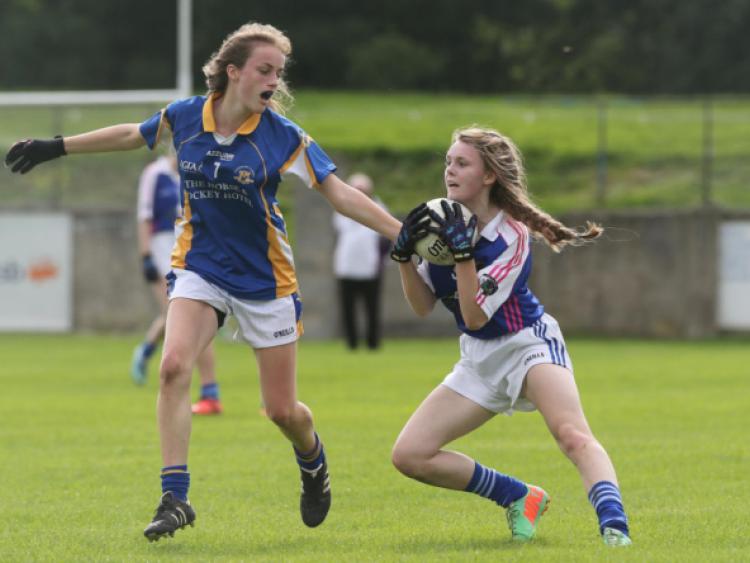 Despite a brave and battling performance, Laois lost out in the All Ireland U-16B Final in Nenagh on Sunday to a very strong Tipperary side.

Despite a brave and battling performance, Laois lost out in the All Ireland U-16B Final in Nenagh on Sunday to a very strong Tipperary side.

Laois never threw in the towel and battled right to the finish but they couldn’t come to grips with an athletic Tipperary side who controlled the middle third of the field.

Playing against the wind in the first-half, Laois took an early lead but Tipperary began to apply the pressure on the kick-outs and Laois struggled to get out of their own half.

Laois edged the second-half but the damage was done in the final 20 minutes of the opening period as Tipperary scored 2-8 without reply.

Tipperary started the game strongly and would have had two goals inside the opening two minutes but on both occasions Lara O’Dwyer was denied by superb blocks from Maeve Phelan.

Laura Peake opened the scoring for Laois after three minutes and although Aoibhe O’Shea struck for a goal for Tipperary, Laois responded with a point from Caoimhe Lalor and a goal from full-forward Emily McWey.

At this stage, after eight minutes, Laois were two points ahead but they didn’t score for the remainder of the half as Tipperary dominated and piled on the pressure with the wind behind them.

A goal from Roisin Finnane was followed by three points before Aoibhe O’Shea struck for her second goal to leave Tipperary 3-3 to 0-1 ahead after 19 minutes. They added another six points before half-time leaving Laois with a 13 point deficit and a mountain to climb in the second-half.

Laois started the second-half strongly with points from Caoimhe Lalor and two from Ciara Langton but Tipperary kept the scoreboard ticking over at the other end and the gap remained at 13 midway through the half.

Laura Peake added her second point of the game to briefly close the gap but Tipperary continued to pick off the points at the other end with all of their starting forwards getting their names on the scoresheet. There was some late consolation for Laois when Emily McWey struck for her second goal late on but it was Tipperary, who would certainly have been contenders in the A grade, who ran out deserved winners.