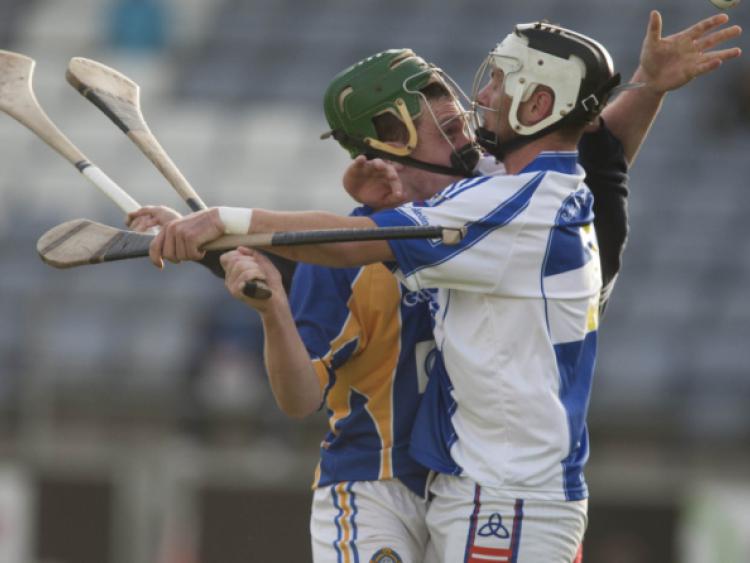 A clinical Clough-Ballacolla display fired out an ominous warning to their SHC rivals with a 19 point win over Castletown-Slieve Bloom on Saturday night.

A clinical Clough-Ballacolla display fired out an ominous warning to their SHC rivals with a 19 point win over Castletown-Slieve Bloom on Saturday night.

After a disappointing performance against Rathdowney-Errill last time out, Clough-Ballacolla played like a team with a point to prove. They were sharper than Castletown-Slieve Bloom right across the field, with eight different players scoring and scoring 3-17 from play.

If they can produce two more performances like this in the rest of the championship, then it’s hard to see anyone else walking away with the Bob O’Keeffe Cup.

What was particularly noticeable about their display was the manner in which they started both halves. If you took the opening five minutes of both the first and second half, Clough-Ballacolla outscored Castletown-Slieve Bloom 2-6 to no score over that ten minute period.

Their team work and work rate was top class as well, as they strung together some nice moves to carve open the Castletown-Slieve Bloom defence. They will probably find it difficult to maintain this high level of performance, but if they can come close to replicating it then it will take a incredibly good team to beat them.

Despite playing into the wind in the first half, Clough-Ballacolla got off to a great start when Stephen Maher pointed a free inside of a minute. Aidan Corby added another soon after from the right wing, before Stephen Bergin was put through on the right side of the penalty area, and his low shot flew into the bottom left corner.

That had Ballacolla 1-2 to 0-0 ahead after just five minutes, but there would be just two more scores over the next ten minutes. Castletown opened their account with a free from Ben Conroy in the 11th minute, with Picky Maher hitting back with another free for Clough-Ballacolla.

Ben Reddin and Ben Conroy pointed in quick succession to get Castletown-Slieve Bloom within three, as only the goal separated the side, but that was as good as it got on the day for them. Ballacolla hit back with a couple of points from Willie Hyland, and even though Conroy tagged on another free for Castletown, a brace from Picky Maher had Ballacolla six clear.

Conroy again provided a response for Castletown, but less than a minute alter Stephen Bergin was bearing down on Paddy Mullaney once more, and he fired to the net for his second goal.

Castletown responded well with a couple of points from Ben Conroy, but Aidan Corby rounded off the scoring for the first half with a point from the right wing, and Ballacolla went to the dressing room with a healthy 2-8 to 0-7 lead.

If there was any doubt that Clough-Ballacolla were the better side, it was well and truly confirmed at the start of the second half. With the wind at their backs, they got off to a perfect start, with Canice Coonan pointing after just eight seconds.

A lovely team move soon after resulted in Willie Dunphy pointing from 45 yards out, and Willie Hyland added a quick-fire brace as Castletown struggled to get into the game.

Things quickly got worse for them as well, as Stephen Maher won possession 30 yards out and raced clear on goal before powering a shot to the net. Another point from Willie Hyland five minutes later opened up a 15 point gap, and there was going to be no way back for Castletown.

Ben Conroy gave them a brief respite with a goal from a penalty, but there was to be no dramatic turnaround as Clough-Ballacolla quickly resumed control of the game and ran out big winners.