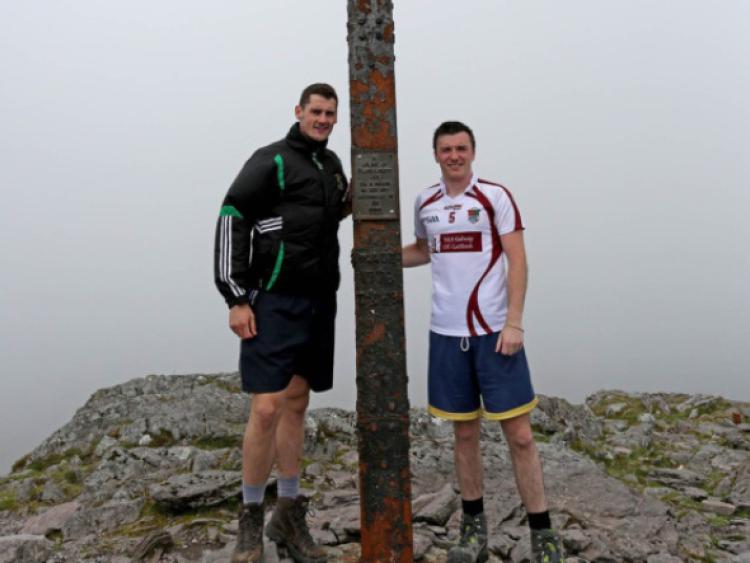 Two Laois men, James Finn and Gary Fitzpatrick, are on a fundraising drive ahead of an ambitious plan to climb Mount Kilimanjaro in October.

Two Laois men, James Finn and Gary Fitzpatrick, are on a fundraising drive ahead of an ambitious plan to climb Mount Kilimanjaro in October.

Fitzpatrick, from Mountmellick, and Finn, from Ballyfin (a member of the Laois senior football panel this year), will head to Tanzania on October 9 to climb Africa’s highest peak.

The idea came about when the they decided they were looking for an adventure, and rather than head off on their travels, they decided to do something for charity.

Speaking of the upcoming challenge, Finn admitted it was a new departure for him. “My only experience of mountains before this was going up to my granny’s house in the Slieve Blooms! We were looking for an adventure, some people go to Australia, but we though we would do something for charity.”

The gruelling schedule for the climb will see them cover around 15k a day, before a final day’s trek of 28k to reach the 5,895m peak. The duo arehoping to raise as much money as possible between now and their departure date. To make a donation, log on to http://www.mycharity.ie/event/james_finns_kilimanjaro_climb or go to the website www.mycharity.ie and search ‘James Finn’.