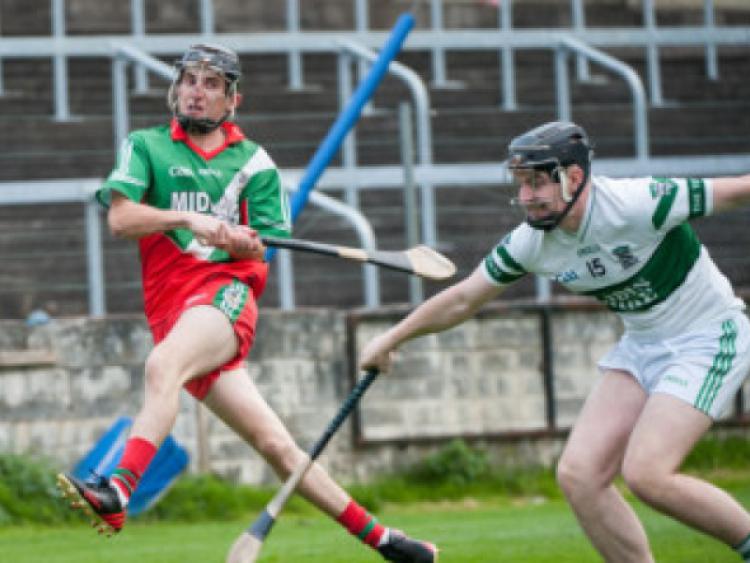 Portlaoise’s long participation in the Laois SHC came to an end on Sunday night, as they were well beaten by Borris-Kilcotton in the relegation playoff.

Portlaoise’s long participation in the Laois SHC came to an end on Sunday night, as they were well beaten by Borris-Kilcotton in the relegation playoff.

Last year’s beaten finalists were simply too good on the night, as a superb performance from PJ Scully helped them to a 12 point win, and they will now look to move on from what has been a disappointing year for them.

For Portlaoise, however, there is much to ponder. The competitions’s fourth most successful team will have to rebuild with a very young side in the SHC B next year, but on a bigger scale, it is disappointing for the game of hurling that there is no senior team in the county’s biggest town.

They could have no complaints in this one though, as Borris-Kilcotton were very impressive on the night. PJ Scully opened the scoring in the fourth minute, and even though Cian Taylor hit back with a free, three points on trot for Borris-Kilcotton had them in control.

Taylor again hit back for Portlaoise but Borris-Kilcotton were in the ascendancy, and Scully hit another lovely point from the left wing before they struck for the game’s only goal.

A driving run from Kevin Finlay, when he picked up the ball after Portlaoise really should have cleared, saw him get clear on goal, and he made no mistake from 10 yards out.

Two points from John Wall and three from PJ Scully drew just two in response from Portlaoise, from Cian Taylor, and that left Borris-Kilcotton in command at the break, 1-10 to 0-4.

Portlaoise had it all to do in the second half and Cian Taylor got them off to a good start with a point from a free, but once again it was PJ Scully who found the target from the right wing for Borris-Kilcotton.

A driving run from Matthew Whelan seconds later saw him get deeep into Portlaoise territory, and he offloaded to Joe Campion, who pointed from 30 yards out.

That was the way that the second half went for the most part, as Borris-Kilcotton would hit two poitns for every Portlaoise score, and they were comfortable winners from a long way out.

The focus now turns to next year, and competing at the right end of both the SHC and the SHC ‘B’.