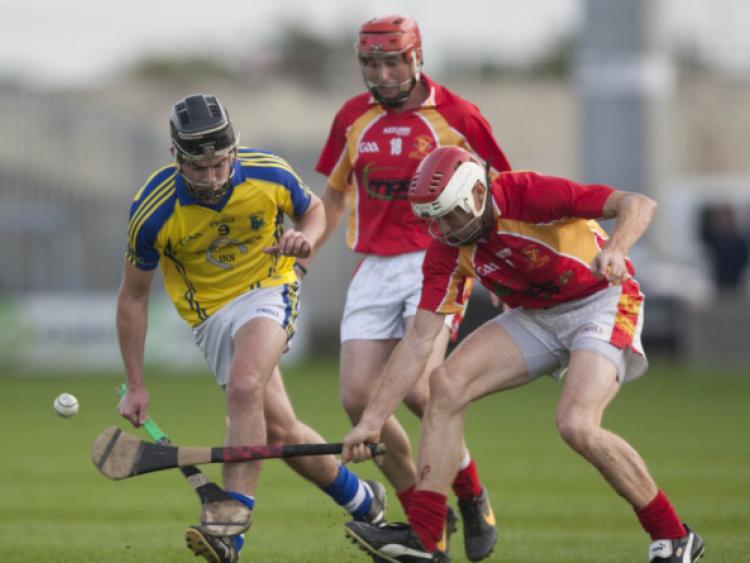 Abbeyleix booked their place in the last four of the Laois SHC with a well deserved four point win over The Harps on Saturday evening.

Abbeyleix booked their place in the last four of the Laois SHC with a well deserved four point win over The Harps on Saturday evening.

In truth, the four point margin at the final whistle was flattering on The Harps, who were second best throughout. Abbeyleix looked a far hungrier side, with their blocking and defending particularly impressive.

They lead by seven points at half time and had they won by that much at the end, it would have been deserved, although the worrying thing for them may be that they didn’t win by more.

Most of them were poor shots, and their first half tally of just 0-3 tells you all you need to know about their performance. They managed just one point from play in the opening 48 minutes of the game, and will have much to ponder over the winter.

For Abbeyleix, this has been a successful campaign, regardless of what happens in the semi-finals. For any team coming up to the SHC just consolidating their place in such a competitive championship is good going, but Abbeyleix have thrived.

With a young side, they have something to build on as well, and the future certainly looks bright. With Eoin Reilly in deadly form up front (he finished with 0-9) they now progress to the last four with an unlikely place in the final in their sights.

They got the upper hand here early on, as Ryan Peacock fired over a quick-fire brace to settle them into the game. The Harps had drawn level by the eighth minute thanks to a couple of frees from John Brophy, but they would not score again for close to 20 minutes.

Abbeyleix re-took the lead with a 65 from Eoin Reilly before creating a great goal chance moments later. Rory mcEvoy carreid the ball forward from midfield as Abbeyleix created a 4-on-2 situation , but McEvoy opted to take the shot himself, and it rolled harmlessly wide. In time, however, he would make up for the miss.

Eoin Reilly hit the next three points of the game, the pick of them a wodnerful effort from play from way out on the left. Those three scores came over a 15 minute period which was blighted by a string of wides, from both teams.

The Harps got their third point through Brian Dunne, who lofted over from 45 yards out, but Abbeyleix finished the half strongly.

Rory McEvoy hit their last two scores, the first a good point on the run, before atoning for his earlier missed goal chance. It was a very similar build up, as he ran at The Harps defence before unleashing an unstoppable shot from the 21 yard line which flew past Kevin Galvin.

That left the scoreline reading 1-7 to 0-3 to Abbeyleix at the break, and the gauntlet had been thrown down to The Harps. They almost responded in ideal fashion at the start of the second half, as Eoin Clancy came spinting in along the left wing, but his shot was well saved by Enda Rowland, and Abbeyleix managed to scramble the ball clear.

John Brophy did open The Harps account for the half with a free soon after, but Abbeyleix hit back with a point apiece for Eoin and Steven Reilly.

Again Brophy was the one to hit back for The Harps with two frees, but every time they made a little headway, Abbeyleix would always hit back, and Eoin Reilly hit two in a row to cancel out Brophy’s efforts.

Abbeyleix remained comfortably ahead, and even Brian Dunne’s late goal failed to fluster them, as Eoin Reilly pointed moments later as Abbeyleix sealed the victory.