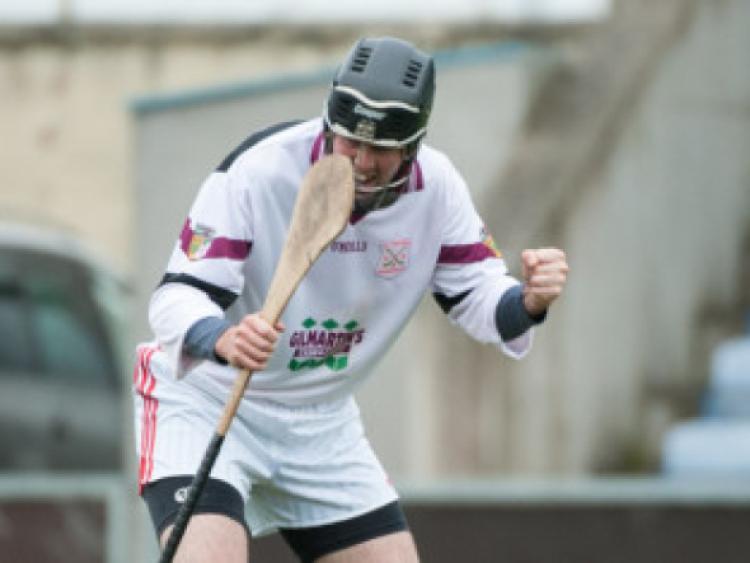 A wonderful second half performance from Mountrath saw them seal their place in the semi-finals of the Laois SHC ‘B’ on Sunday evening.

A wonderful second half performance from Mountrath saw them seal their place in the semi-finals of the Laois SHC ‘B’ on Sunday evening.

Trailing by three points at half time, Mountrath scored a hugely impressive 1-14 in the second half compared to Clonaslee’s return of 0-5 over the same period. With eight different players scoring it was a real team performance too, and it shows how well they have bounced back after a crushing defeat to Ballinakill in the opening round.

They started brightly here with three unanswered points in the opening eight minutes. Two of those came from Paul Rice, with James Hyland adding the other from a long range free.

Next it was Clonaslee who rattled off three points on the trot, with James Young providing all of those scores, two of them coming from frees.

Dan Russell gave Mountrath the lead once more with a free, but the first goal of the game arrive moments later for Cloanslee. Paudge Cleere was the one who got it, as his shot crept over the line despite Mountrath ‘keeper Paddy Carroll getting his hurl to the ball.

James Young added a 65 moments later to put three points between the teams, and another point apiece for both teams left three in it at half time, as Clonaslee St Manman’s lead 1-5 to 0-5 at half time.

Knowing they needed to step things up in the second half, Mountrath set about the task superbly in the second half, scoring three points in a row to draw level. Dan Russell, James Hyland and Mattie Rice all hit the target in the opening three minutes, but James Young responded with a brace to keep Clonaslee with their noses in front.

The pace of the game was picking up now, and Colm Lanham and a free from Dan Russell had Mountrath level once more heading into the last 15 minutes.

James Young gave Clonaslee the lead with a 65, but Mountrath clicked into a higher gear after that as they scored six points without reply to take control of the game.

When Paul Rice ghosted in to power home a goal from the right side of the penalty area, it was the final nail in the Clonaslee coffin.