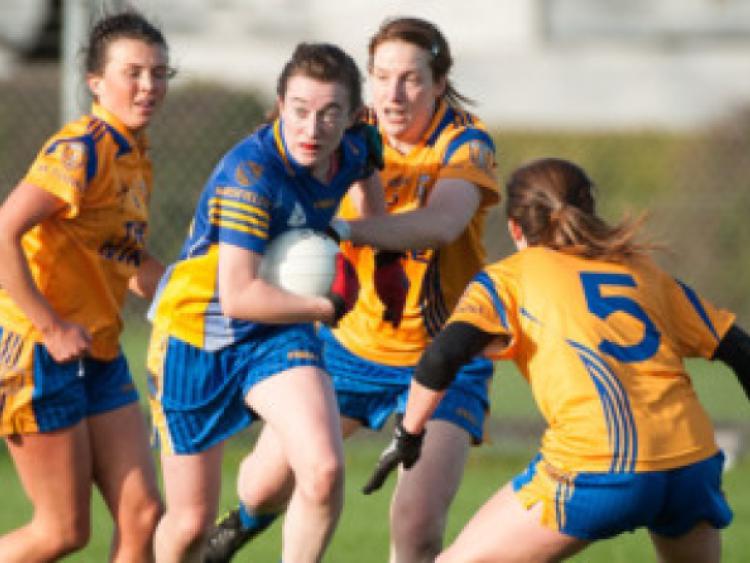 Newly crowned Leinster Ladies Football Senior Club Champions Sarsfields begin their quest for All Ireland glory this Sunday when they make the long trip to Cork to take on Munster champions Mourneabbey.

Newly crowned Leinster Ladies Football Senior Club Champions Sarsfields begin their quest for All Ireland glory this Sunday when they make the long trip to Cork to take on Munster champions Mourneabbey.

Sarsfields are used to travelling in the All Ireland Championship as last year they travelled to both London and Mayo but were still not rewarded with a home game this year.

Having to travel does not overly concern Sarsfields’ manager Alan George who believes their exploits last year will stand to them this Sunday.

“We’re in a good place. We’re in the top four in the country. It’s a nice place to be no matter what. The clubs that are there are champions themselves. Last year we played against Carnacon and we probably could have won it at the end but we didn’t. That experience has shown out there today. I think it’s stood to them.”

Having swept aside all challengers in the Laois Championship, Sarsfields steam-rolled past Killoe of Longford before being severely tested against Na Fianna of Dublin in the Leinster Final.

In a low scoring game, Sarsfields were superb at the back and that platform set them on course for a 1-9 to 1-7 win. That game will certainly stand to them as they take on Mourneabbey who are in new territory as first time Cork and Munster champions. They followed up with a 6-12 to 0-11 win over Parnells of London in the All Ireland quarter-final.

It promises to be an exciting game between two sides who can post impressive scores. Sarsfields came very close to reaching the All Ireland Final last year just losing out to a Cora Staunton led Carnacon in one of the best games played in any code. That experience should stand to the Laois champions who have a core of young players and they will be hoping to make it to the final this time around.

It will be tough against a talented Mourneabbey side but Sarsfields will travel in a confident frame of mind for the game which throws in a 2pm.