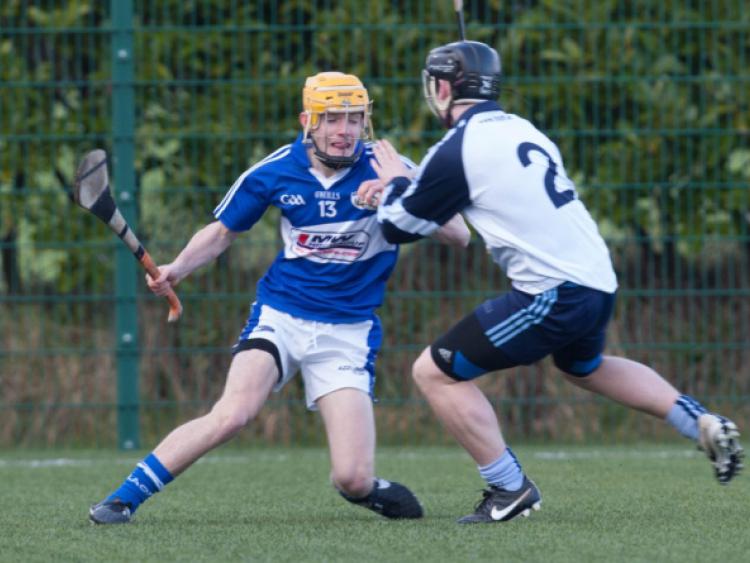 A late comeback wasn’t enough for the Laois Schools senior hurling team, as they lost out by three points to Dublin South in Heywood on Saturday afternoon.

A late comeback wasn’t enough for the Laois Schools senior hurling team, as they lost out by three points to Dublin South in Heywood on Saturday afternoon.

Having opened their Leinster campaign the week before with an impressive win over Westmeath Schools, Laois were on the backfoot before a ball was thrown in here, as they battled a number of illnesses and injuries.

It showed early on as well, as they failed to settle into the game, and Dublin South were well on top by half time. The introduction of Mark Kavanagh at half time added a bit more of a threat up front, but Dublin South were able to manufacture scores whenever they needed them.

In truth, it would have been harsh on the visitors if they hadn’t won the game, as they were leading for almost the entire game, and got some lovely scores.

Laois, on the other hand, took a while to settle into the game, and it was a trio of half time substitutions and a reshuffle out on the field that eventually got them up and running.

The game was evenly contested in the opening stages, with Alex Considine firing over the bar with a little over a minute gone. Laois responded with a point from Dylan Conroy, as he split the posts with a 65.

Tom Fox replied for Dublin South as he landed a free, but from the resulting puckout, Robbie Phelan rose highest to claim the ball, before making room for himself 50 yards out and sending the ball sailing over the bar.

The one and only time Laois lead was after that, when Conroy scored another free. They enjoyed the advantage for all of four minute before Dublin South drew level through Ciaran Dowling, and they rattled off three more before Laois scored again.

Tom Fox added a free, with Alex Considine scoring his second and Chris Bennett getting in on the act as Dublin South started to get on top at midfield, and their half-forward line were starting to get their eye in also.

Laois broke the run of Dublin scores with a free from Dylan Conroy and point from Sean Downey either side of a Chris Bennett score, but Dublin quickly took control again.

Mark McGuire, Tom Fox (free) and Bennett again pushed them out to a five point lead, with Dylan Conroy again trying to keep Laois in touch with a free. Fox and Alex Considine replied for South Dublin, but the final score of the half came from Sylan Conroy, as the visitors lead 0-12 to 0-7.

Laois tried to jolt themselves into action at the break by making a triple substitution, as Mark Kavanagh, Eoin Nealon and Declan Foyle were all introduced, but it failed to yeield an instant dividend.Tom Fox and Colm Hayes pushed DUblin seven clear with points inside three minutes, but Mark Kavanagh cancelled them out with a quick-fire double.

Tom Fox again found the target from a placed ball for Dublin South, and they all but wrapped up the game moments later. A long range free from Fox broke in the square, and Justin Byrne was on hand to tap the ball to the net.

Now nine points to the good, Laois were really up against it, but they continued to battle on. Rory McEvoy, Mark Kavanagh (free) and Sean Downey all pointed, only to see much of the good work undone by points from Tom Fox and Colm Hayes.

There was one last rally left in the young Laois men, however, as Mark Kavanagh pointed two frees and chipped in with a goal to bring the gap down to three, but that was as close as it would get, with Dublin South holding on.