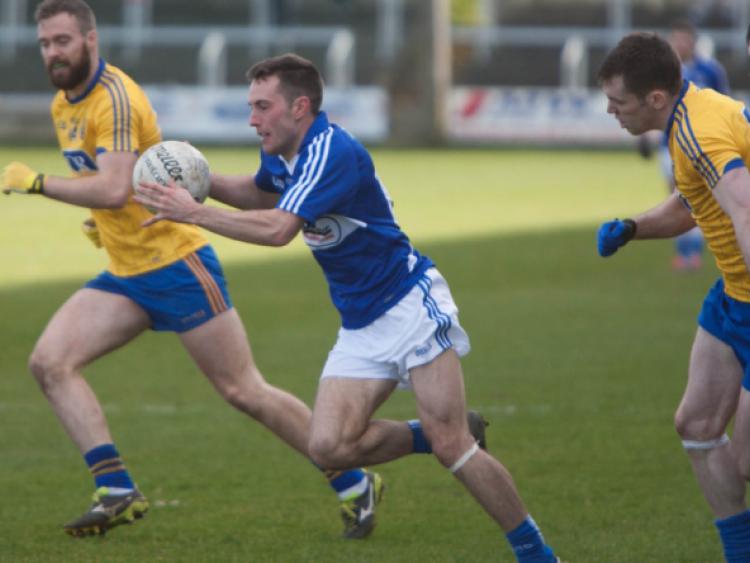 Laois football manager Tomás Ó Flatharta has faced a tough start to 2015. After losing three games in the O’Byrne Cup, his side opened their league campaign with back to back defeats against Westmeath and Cavan.

Laois football manager Tomás Ó Flatharta has faced a tough start to 2015. After losing three games in the O’Byrne Cup, his side opened their league campaign with back to back defeats against Westmeath and Cavan.

On Sunday in O’Moore Park however, Laois got their season back on trick with an impressive win over a previously unbeaten Roscommon side but the win was not a surprise to the manager.

“It didn’t come as a surprise to ourselves obviously,” commented Ó Flatharta after the game. “We didn’t perform too well in the first two games but all along the lads have been working really, really hard and it just came right for us today. The last day our game was postponed and we were well up for that. The lads kept the form for today and it was great to see us getting a result.”

He was impressed with the overall performance, particularly how hard his side worked against the wind in the second-half.

“If you look at the first-half, we went ahead three or four points at the beginning. They came back and I suppose we brought a lot of bodies back towards the end of the first-half. Maybe some people would question that with the wind behind us but I think it served us well. We went in at half-time two points up. In the second-half it was a matter of how much really did we want it and I think that was typified in the way lads went out for breaking ball around the middle of the field and how hard they worked.”

One crucial factor in the win was how disciplined Laois were in the second-half, keeping their shape while also penetrating effectively at the other end, a point not lost on the manager.

“A lot of the time last year when we were attacking we were exposed in the back line and were caught on the counter attack. Today I thought our shape was way, way better in the half-back line and around the middle of the field and we weren’t caught as much on the break. I think that’s up to the lads themselves on the field. Obviously we talk about it and practice it in training but I think the lads took responsibility for that today and that’s great to see.”

It was a strong overall team performance but Ó Flatharta praised the work of his backs and the midfielders.

“I thought the backs were very good. I thought Mark (Timmons) and Paul (Begley) did very well inside in the full-back line. They were left exposed a few times but they curatiled the threat of Senan Kilbride who is a very good forward. It was great to see Brendan Quigley back. He’s been missing for the last game and a half you could say. Having him available for us made a big difference.”

One young man who stood out was Man of the Match Evan O’Carroll who the manager says has progressed well this year.

“Last year Evan (O’Carroll) was still doing his Leaving Cert and he came on in a number of games. I think this year he has developed and is getting physically stronger. He’s playing out the field a bit more for us and he’s very good on the ball. What impresses me most is his work-rate off the ball in that he’s putting in a lot of tackles, he’s covering back in defence as well and that’s great coming from a young lad. Today was a day when fresh legs were really important and it was great to see Paul Kingston, Damien O’Connor, Billy Sheehan and Stephen Attride going in with fresh legs. It’s a credit to them as well the displays that they gave.”

Laois are now off the bottom of the table but face three away games in their last four. The manager however is taking it one game at a time.

“They’re challenges that we are looking forward to. We got over the line today and next weekend is against Meath down in Navan and we just have to focus on that one now, not any other one.”