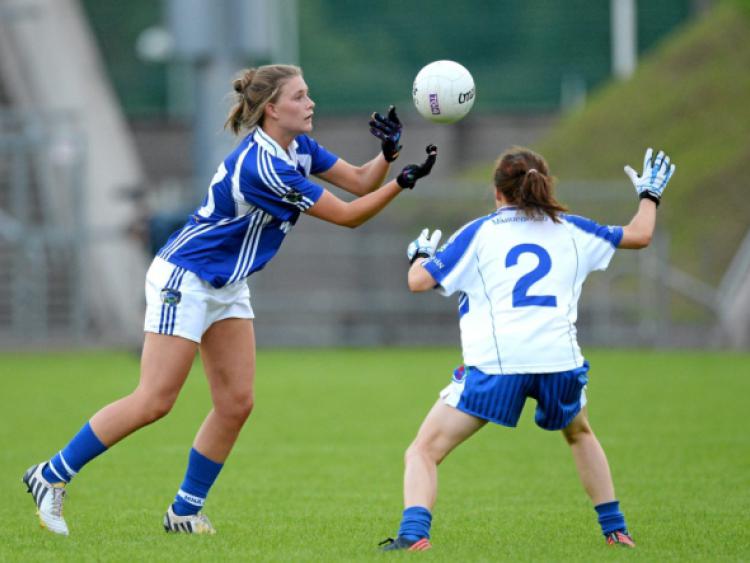 The Laois Ladies Footballers exited the All Ireland Championship on Saturday evening in Breffni Park at the hands of Ulster Champions Monaghan.

The Laois Ladies Footballers exited the All Ireland Championship on Saturday evening in Breffni Park at the hands of Ulster Champions Monaghan.

Laois came into the game buoyed by an excellent win over Meath however on the night, nothing went right for Laois and they never got a foothold in the game. Monaghan had a five week lay since their Ulster Final win over Tyrone but they showed no signs of rustiness as they set about Laois from the off.

It took Laois 29 minutes to get off the mark by which time Monaghan had 2-9 on the board. Gregory McGonigle’s side kept up the pressure in the second-half adding another 2-11 as they launched wave after wave of attack against the beleaguered Laois defence.

Monaghan set out their stall early and were 0-4 to 0-0 up inside the opening minutes. The writing was on the wall for Laois after 11 minutes when Caoimhe Mohan blasted the ball to the back of the net to put Monaghan seven points ahead and to make matters worse, Laois captain Maggie Murphy was sin-binned not long after the goal was  scored.

Monaghan took full advantage while Laois were down to 14 players with another goal from Caoimhe Mohan and points from Catriona McConnell (2) and Ciara McAnespie. It could have been far worse for Laois but goalkeeper Ciamh Dollard made a series of great saves and another shot hit the crossbar.

Monaghan extended their lead to 2-9 to 0-0 before Laois eventually got off the mark with a point from a free from Tracey Lawlor but even then Monaghan had the final say of the half when Catriona McConnell added another point to her account.

Laois’s Clodagh Dunne was sin-binned just before half-time and again Monaghan showed no mercy with McAnespie and McConnell again finding the target. Tracey Lawlor added Laois’ second point from a free but Monaghan showed no signs of slowing down and Cora Courtney fired home the third goal for her side after 40 minutes to put Monaghan 3-15 to 0-2 ahead.

The points kept coming for Monaghan before Tracey Lawlor kicked her third point, Laois’ first from play midway through the second-half. Martina Dunne added Laois’ fourth point with a spectacular left footed effort from the right side of the posts but Monaghan never relented in the closing minutes adding a fourth goal from Yvonne McConnell while also tacking on five more points.