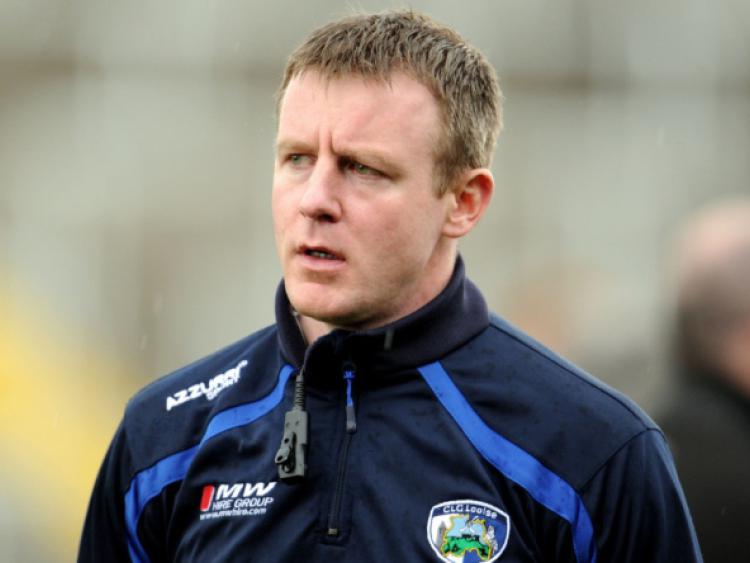 Justin McNulty’s reign as Laois senior football manager has come to an end after he informed the county board that he would not be seeking another year at the helm.

Justin McNulty’s reign as Laois senior football manager has come to an end after he informed the county board that he would not be seeking another year at the helm.

The Armagh man was appointed in late 2010 and presided over the team for three championship seasons, the most successful of which saw Laois make it to the All-Ireland quarter-final in 2012.

His decision comes after he saw his side exit the All-Ireland series at the hands of Donegal last month, and it brings the curtain down on an eventful time in charge.

During his tenure Laois were promoted and relegated in the league, suffered two first round defeats in the Leinster championship as well as enjoying some success in the Qualifiers.

Laois GAA released a statement at 10pm last night (Monday) to confirm his departure, after he had informed officials of his decision prior to an executive meeting of the county board.

The statement reads. “Laois GAA wish to announce that Justin McNulty will not be seeking an extension to his three-year term as Laois senior football team manager. He believes now is the time to move on and seek other challenges.

“He is grateful for the opportunity afforded to him by Laois County Board and feels incredibly honoured to have worked with such a talented and committed group of players.

Justin would like to give massive recognition to the back room team for their tremendous effort and dedication over the past three seasons.

“Most of all, Justin would like to thank the Laois players. While there were periods of adversity endured together along the way, the character the team developed will stand them in good stead going forward. Justin would like to wish the players all the best for the future.

“Laois GAA wish to thank Justin McNulty for his commitment and dedication over the past three years and wish him well in the future.”