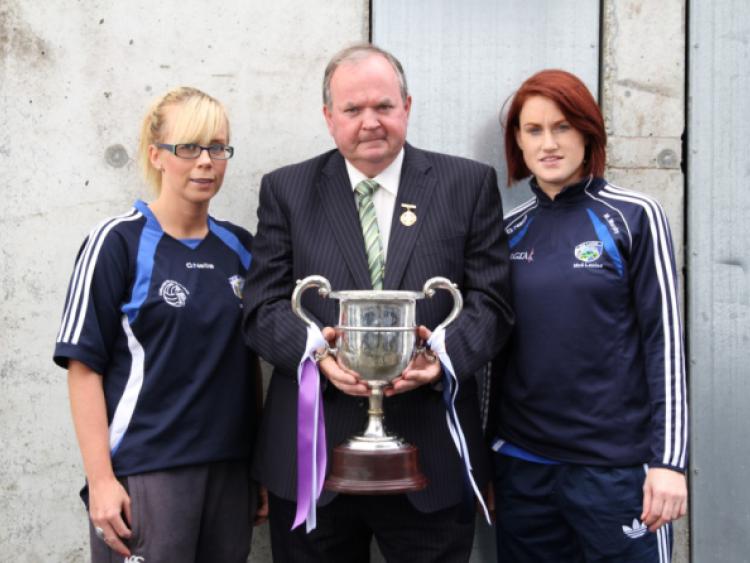 Some of ther biggest names in the world of GAA were in O’Moore Park last Wednesday for the launch of a novel charity event which will take place in Portlaoise next May.

Some of ther biggest names in the world of GAA were in O’Moore Park last Wednesday for the launch of a novel charity event which will take place in Portlaoise next May.

The match will be between teams representing St Luke’s and St James’ hospitals and the funds raised will go to the cancer units in both hospitals.

The game is the brain child of Laois man Richard Poole who himself was diagnosed with cancer of the salivary glands in 2007. Richard will captain the St Luke’s team while Wicklow inter-county footballer John McGrath, who has successfully beaten leukemia, will captain the St James’ team.

Both men spoke at the launch with Richard emphasising that the idea of the game was to show that there was ‘life after cancer’. He commented, “The Charity GAA Match is all about remaining active and overcoming illness that many of us have to face.”

Ger Loughnane has also recovered from leukemia and he also praised the treatment he received in St James’. He echoed the message about being positive stating simply, “it’s brilliant to be alive.”

Officially launching the game, GAA President Liam O’Neill offered any assistance the GAA could give to help make the event a success. He said he was hugely impressed byt the bravery of the players adding that he hoped everyone would unite around such a good cause.

The game will be a unique event as it will be played by people who have been affected by cancer. Anyone interested in particpating or supporting the event can visit www.facebook.com/charitygaamatch.