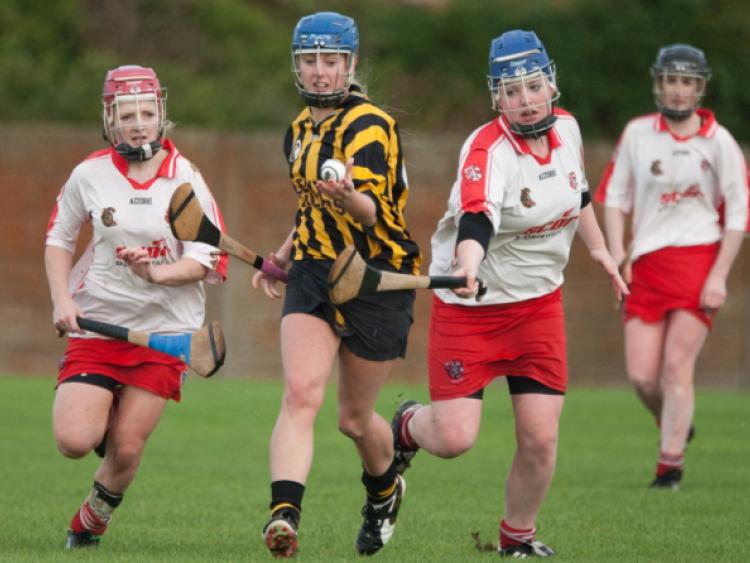 A gale force wind and driving rain cut across the pitch throughout the first-half but Camross adapted best to the conditions and they won most of the individual battles. From the throw in they were quicker into their stride and in difficult conditions they won the majority of the scrappy ball.

Their back-line was outstanding from start to finish with full-back Brigie Cuddy, wing-back Mairead Burke and centre-back Sarah-Anne Fitzgerald in particularly good form. In attack Niamh Dollard ran the show while Lizzy Ryan and Therese Keenan were a constant thorn in the side of the Offaly champions.

In the terrible conditions, scores were very hard to come by in the first-half with both sides missing chances they would expect to score on a day when the weather more conducive to camogie. Lizzy Ryan did open the scoring after nine minutes with a point but that was the only score either side managed up to the closing minutes of the half.

Camross could easily have had three goals in the opening half with Olga Parkinson coming closest when her powerful shot rattled the side netting.

In front of a large and vocal travelling support, Camross eventually found their scoring form late in the half with a point from Michelle Holmes before a long ball forward caused consternation in the Shinrone defence and Sile Burke applied the finish to the back of the net to leave Camross 1-1 to 0-0 ahead at the break.

During half-time the driving rain that had fallen throughout the first-half cleared and both teams emerged from the dressing rooms in dry jerseys with Shinrone switching from their traditional red to white.

The change in colour lead to an initial change in their fortunes with a stunning goal from Grainne Egan who drilled an unstoppable shot past Jennifer Moore to leave just two points between the sides.

Camross held their composure and ten minutes later they hit back with their second goal when a drilled low ‘45 from Sarah-Anne Fitzgerald caused a scramble in front of the Shinrone goal and Lizzy Ryan was on hand to score.

Michaela Morkan sent over Shinrone’s only point from a free midway through the half but Therese Keenan responded for Camross after another well worked free from Sarah-Anne Fitzgerald. In the closing minutes Camross sat back and defended their lead and they did so superbly not allowing Shinrone a sight of Jennifer Moore’s goal to close out the win.