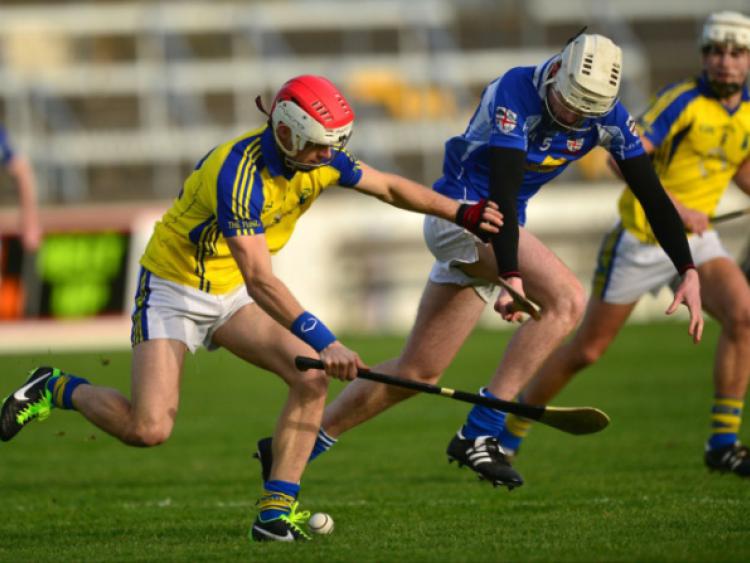 Laois Senior B Hurling Champions St Lazarian’s, Abbeyleix bowed out of the Leinster Intermediate Championship on Sunday suffering a heavy defeat at the hands of Celbridge in Kildare on Sunday.

Laois Senior B Hurling Champions St Lazarian’s, Abbeyleix bowed out of the Leinster Intermediate Championship on Sunday suffering a heavy defeat at the hands of Celbridge in Kildare on Sunday.

Celbridge have twice been to provincial finals and they advanced to the last four again with relative ease as they built a 1-8 to 0-1 lead by half-time adding the same score again in the second-half.

Abbeyleix opened the scoring through Eoghan Fennelly playing into the strong wind in St Conleth’s Park in Newbridge but after that they played second fiddle to their hosts who picked off scores with regularity.

After Fennelly put Abbeyleix in front, Celbridge were quickly level when when Billy White slotted over a free after a foul on Danny Butler and they led by 0-4 to 0-1 midway through the half.

Abbeyleix had a chance to get level soon after when the normally prolific Eoin Reilly stepped up to take a 22 metre free but his powerful shot was saved by Niall Lanigan.

Within a minute, Celbridge struck for their opening goal when Tony Murphy fired to the back of Enda Rowland’s net. Points from Billy White (2) and Danny Butler left the half time score reading Celbridge 1-8 Abbeyleix 0-1. Abbeyleix had the wind at their backs in the second-half but any hopes they may have had of mounting a comeback disappeared within three minutes of the restart as Celbridge added a quickfire 1-1.

It got even worse for the visitors when Conor Bergin picked up a second yellow on 37 minutes leaving Abbeyleix with 14 men for the remainder of the game.

Celbridge continued to add points and with three minutes remaining they were ahead by 2-15 to 0-1. Eventually Cathal Fitzpatrick scored Abbeyleix’s second point in the 57th minute. He added a second and Joe Bergin added another but it was little consolation for Abbeyleix.