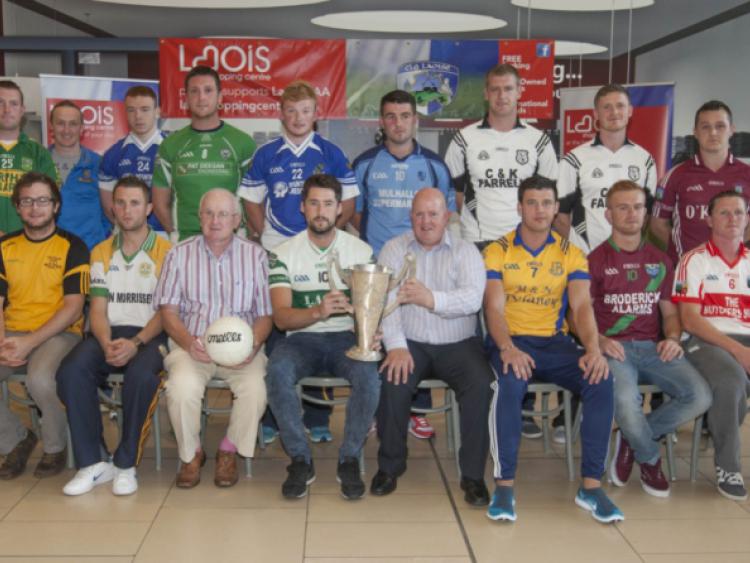 It is that time of year again where we pose a now familiar question - can anyone stop Portlaoise?

It is that time of year again where we pose a now familiar question - can anyone stop Portlaoise?

Every other year the answer has been an emphatic ‘No’, and it’s hard to look beyond them once more. They are breaking records every year and with Tommy Conroy back at the helm, it will add a fresh impetus to their squad.

That’s the last thing the rest of the clubs in the county wanted to hear, but they are all realistic too. There are a handful who will want to battle it out with Portlaoise, but with apathy and emigration gripping so many other clubs, just surviving the relegation cull will be a good season for others.

The last few years have seen Portlaoise take on either of the Arles clubs or Graiguecullen on county final day, and if there is encouragement to be sought this year, it is in the form of the likes of St Joseph’s and Portarlington.

They are two huge clubs in footballing terms, and to see them doing well in the league with predominantly young teams is refreshing.

Translating that into championship form is never easy, but generally teams who have done well in the league have had productive championship runs. Both have had the luxury of having little disruption brought about by having players with the county panel.

Adam Ryan (Portarlington) and Dan Dunne (St Joseph’s) were involved briefly with Laois, which has meant that both Brian Lonergan and PJ Dempsey, the managers of Portarlington and St Joseph’s respectively, have had more or less their first choice squads to work with.

The trick in scenarios like that is being able to find an extra gear to kick on come the championship, which other clubs often do when they can integrate their county players back into the setup.

Both teams are exciting to watch though, trying to utilise the pace and young legs in both teams. St Joseph’s are playing a short passing game and trying to move the ball quickly, and when they get it right, it is very good.

It is somewhat similar with Portarlington, who got the better of St Joseph’s in the league semi-final, after extra time, so their respective opening round games will be worth keeping an eye on.

Outside of those two, the Arles clubs, Killeen and Kilcruise, will more than likely be in the mix once more. Arles-Killeen missed out on the league semi-finals, but it wasn’t really that much of a setback.

The problems they have had in their team are the same this year as they have been for some time, in that they are a little weak at the back, but if Joe Higgins has the right system in place, they can offset that. There is certainly enough scores in the team to contend at the right end of the championship.

Likewise, Arles-Kilcruise should be in the mix when the last four are known, and if Ross Munnelly maintains his intercounty form during the SFC, then it will make life difficult for a number of defenders as the year progresses.

Reports of an injury to Chris Conway would be a big blow for them if he misses the championship, as his influence during games is immense.

Graiguecullen have been threatening at the right end of the championship for some time now, but they were disappointing in the league, and it is hard to see them making it back to another final this year.

In the middle of the pack, you have clubs like O’Dempsey’s, Stradbally, The Heath, Mountmellick, Killeshin and Emo. For these clubs, so much depends on the first round. A win there, and you set yourself on the way to a potential quarter-final and you can start to dream then.

Lose, however, and the fear of relegation could easily consume any one of them. With two teams being relegated there is very little scope for error, and clubs who lose in the opening round are left facing a nerve-racking game in the second round.

Can any of these clubs upset the odds and make it to the semi-finals? The odds are against them on that, but sometimes one good win can make such a difference, and that’s why, for those clubs, the first round is massive.

At the bottom end of the championship, even at this stage Ballyroan Abbey look to have a titanic battle on their hands. Having lost almost ten players, they had a torrid time in the league, shipping some heavy defeats before eventually having to concede a second game, which resulted in their relegation.

Having Padraig McMahon, Martin Scully and MJ Tierney back will be massive for them, but they have a very difficult opening round game against Arles-Killeen, and if that goes badly things could snowball from there.

Ballylinan and Crettyard are two other clubs that probably need to be careful, with Ballylinan falling away badly after a good start to their ACFL Division 2 campaign. Having kept pace at the top, they lost two and drew one of their last four games, so will have to be careful not to carry that form into their meeting with St Joseph’s.

Overall, however, the championship is dominated by Portlaoise. They cast a long shadow over everyone else and it would possibly be the biggest shock in the history of the Laois SFC if they were to miss out on eight in a row.

There are a couple of crumbs of comfort for the chasing pack though. They were far from convincing in the opening rounds last year, scraping past The Heath before losing to Graiguecullen and then struggling past O’Dempsey’s as well.

As stated eariler though, the appointment of Tom Conroy should freshen things up, and that will help to avoid any repeats.

If they are to be caught, however, the best bet is usually early in the championship, as you get the impression Portlaoise’s real motivation is to win another Leinster title and get another crack at the All-Ireland series.

If they were beaten early, the chances of them being beaten again in a qualifier later in the competition is very slim. So there you have it, the remarkable conclusion we have come to is that Portlaoise will win the championship.

It would be great if there was some unpredictability about the championship, but we have more chance of that in the first round than in the final on October 19.