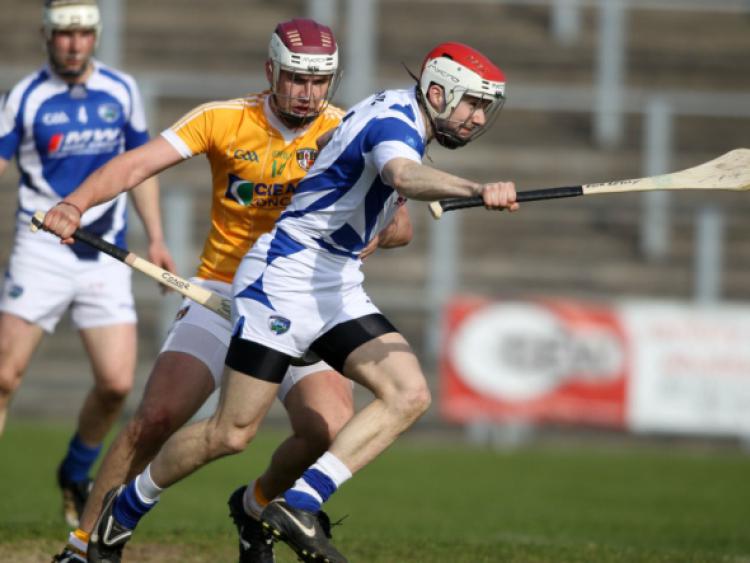 Laois senior hurlers will face up to their toughest challenge of 2013 this Saturday night when they welcome Antrim to O’Moore Park.

Laois senior hurlers will face up to their toughest challenge of 2013 this Saturday night when they welcome Antrim to O’Moore Park.

Seamas Plunkett will be hoping to have a fully fit squad to pick from, although he does have a number of injury concerns ahead of the game.

Zane Keenan (groin) and Tommy Fitzgerald (hamstring) are two of the major concerns, but the Laois manager played down the severity of the injuries as he bids to plot a way past Antrim.

The northerners, managed by Kevin Ryan, have already had a game in which to sharpen up, as they had eight points to spare over Westmeath almost ten days ago in Cusack Park.

As has been the case in recent years for them, the imperious Neil McManus was their main outlet against Westmeath, as he finished with 2-4 after a superb display.

While McManus, at centre-forward, is the focal point of the Antrim attack, it’s worth noting that five of their starting six forwards scored from play, along with both midfielders, a statistic which should be enough for the Laois team and management to sit up and take notice.

With Kevin Ryan at the helm they have a canny manager who has plenty of experience against Laois in recent years from his time with Carlow, so there’s not much in the way of surprises that either team can pull.

Having won Division 2A Laois have already achieved one of their main aims for the year, and fueled by the optimism of that win, it would be easy to look down the road in this Leinster championship.

The reality, of course, is that Laois have yet to play a game this year that will rival Saturday’s in terms of speed, pressure or physicality.

At league level, Antrim have been hurling to a higher standard this year and Laois have had a lot of ground to make up over the last few weeks.

Challenge games against Offaly, Wexford and Tipp U-21s will all have helped, but Laois really do face into a massive challenge this Saturday night.

Antrim should hold no fear for Laois, but the question is whether they have done enough to get to the right level. If they have, then a date against either Carlow or London is within reach.