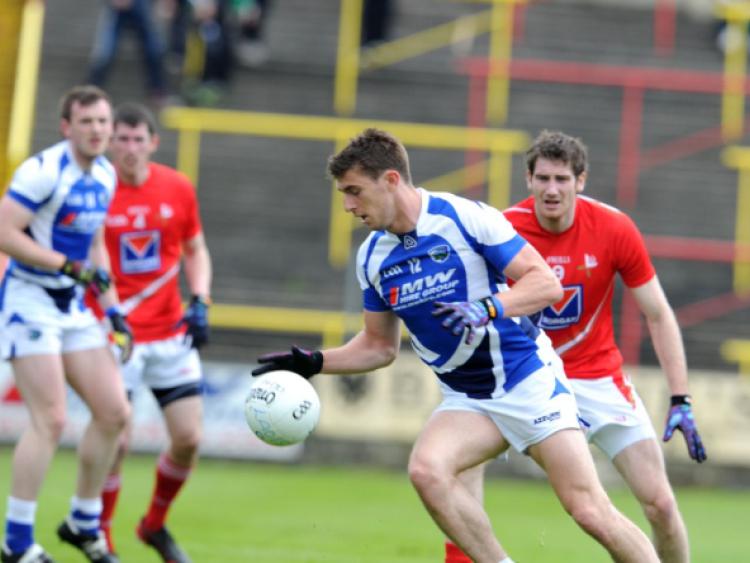 Something about late May doesn’t seem to suit Laois. Twelve months ago, it was Longford ending Laois’ interest in the Leinster SFC in the first round, this time it was Louth, although in altogether more comprehensive fashion.

Something about late May doesn’t seem to suit Laois. Twelve months ago, it was Longford ending Laois’ interest in the Leinster SFC in the first round, this time it was Louth, although in altogether more comprehensive fashion.

From the moment referee Cormac Reilly floated the ball into the air for the game to get underway, Laois were in trouble. They were four points down after seven minutes, nine down at half-time and that was up to ten by the final whistle, with the most worrying aspect being the team’s general acceptance of their fate.

There seemed to be an acceptance on the sideline too. As Laois fell further and further behind in the first half, there was no move to try and break Louth’s momentum. Aidan O’Rourke’s men put themselves out of sight by half time, as they executed a game plan that Laois seemed to have no idea how to combat.

Louth had wind advantage in the first half, and the excellent Brian White took over for a spell after Reid’s opener, starting with a 45 in the fourth minute. He added a free moments later, and then added one from play as Louth went 0-4 to no score up after seven minutes.

Laois finally got the umpires moving in the tenth minute thanks to a point from Darren Strong, but the Louth response was swift with points from corner-back John Bingham and Shane Lennon. Gary Walsh’s free gave Laois their second score, but Louth all but ended the game in the next three minutes.

It started with an excellent point from Shane Lennon, before Lennon then struck for a goal. Louth were ahead by 1-9 to 0-3 at half time and while Laois briefly threatened a revival, that notion was quickly dispelled.

Louth had pulled 11 clear by the time Padraig McMahon unleashed a thunderous shot from 20 yards out to register Laois’ only goal with ten minutes to go, but that was to be their last score.