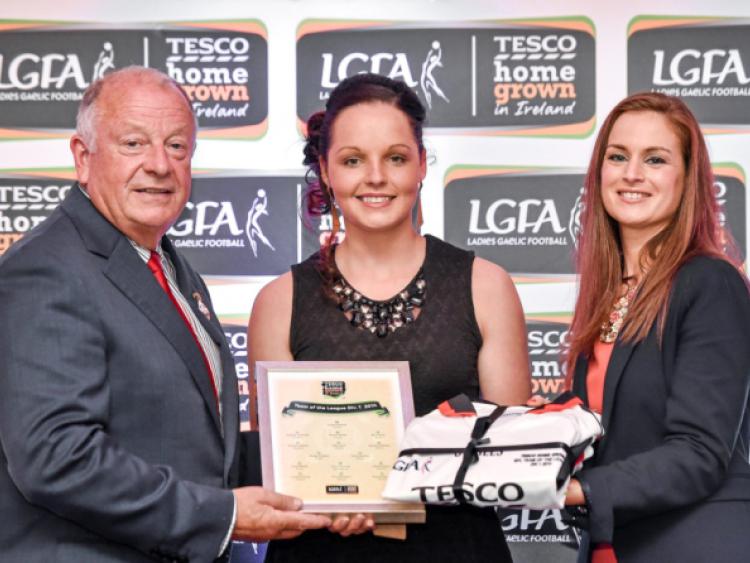 St Conleth’s saw off a determined Park-Ratheniska side on Wednesday evening in Ratheniska.

St Conleth’s saw off a determined Park-Ratheniska side on Wednesday evening in Ratheniska.

Due to the scheduling of the match in the middle of the state examinations, both teams were missing key players and this contributed to the openness of the game.

Despite Park-Ratheniska playing with a strong wind in the opening half, it was St Conleth’s who put the first score on the board with a super soccer style finish from full forward Rachel Cullen inside the opening minute. After a great move involving midfielder Aine Haberlin and centre forward Claire O Connell. Park Ratheniska’s on form Danielle Keane scored two superb points, including one from thirty yards, to keep her side in contention in the games opening stages. Anna Healy and Laura Hyland demonstrated excellent support play and Park Rath were unlucky to not capitalise on these efforts. Despite the competitiveness of the match, Conleth’s went in leading 3-5 to 0-6 at the break after two tremendous goals from Rachel Cullen again and Marie Byrne.

The second half opened with another Conleth’s goal from wing forward Aisling Cullen, closely followed by a second from Byrne. Park Ratheniska continued to apply pressure with strong performances from Patricia Fogarthy and Charlotte Delaney, which resulted in Carla McGovern sticking the ball in the back of the net after a deflection off the Conleth’s keeper.

Conleth’s held out strong to the end, using the strong breeze to their advantage, and well taken goals from Emma Murphy and Rachel Cullen added to their teams impressive tally.