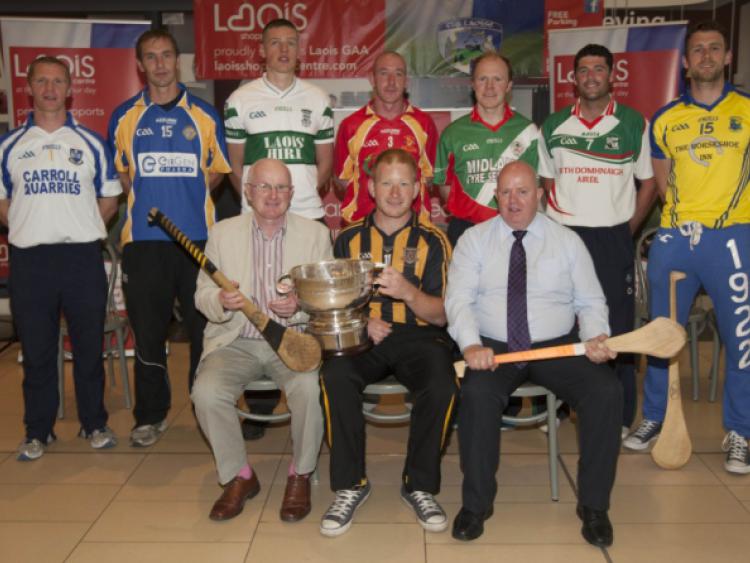 He we go again, the Laois SHC is looming large on the horizon and it promises to be one of the most entertaining championships in recent history.

He we go again, the Laois SHC is looming large on the horizon and it promises to be one of the most entertaining championships in recent history.

Whether you look to the top or bottom of the competition, there is no clearcut favourite for either relegation or success, and it is because of this unpredictability that the championship is now at the highest level it has probably ever seen.

The reduction to eight teams has made it more competitive, and placed a higher emphasis on every game, as there really is very little room to manoeuvre if you want to stay out of trouble.

When you size up the eight teams, there are probably four with a good chance of winning it, two who could probably beat anyone on their day, but lack the consistency to win it, and two who will probably be happy enough to avoid relegation.

Camross enter the championship as reigning champions. They will meet Portlaoise in the opening round without their talisman, Zane Keenan, but they expect to have him back for the games which follow. Even without him in the team, they should account for Portlaoise, and they can then build as the competition progresses.

In Arien Delaney they have a manager who knows how to get the best out his players, and his training sessions and motivational skills were widely praised by the players after last year’s final.

Dwane Palmer has really improved this year with Laois as well, and they have a strong panel, which is important. Retaining the title is a huge challenge, however, and hasn’t been achieved since 2003, so recent history would tell us they will struggle.

Much could depend on what condition Keenan comes back from America. If he’s not fully fit, he will struggle a little, and that could be enough to throw Camross off their game.

The best team in the county, on current form, are Rathdowney-Errill, and they do appear to be building up nicely for the championship. They have won championships every second year since 2006, so this year would see them continue that pattern.

When you look at the squad they have, it has everything you would hope to find in a championship winning team. Experience comes from the likes of Enda Meagher, Brian Campion, Shane Dollard and Joe Fitzpatrick. Add in the firepower of Ross King, John Purcell and Darren King and the youthful exuberance of Mark Kavanagh and Liam O’Connell, and you have a potent mix.

Patrick Purcell is now back to full fitness as well and they have good players on the line who can come in and contribute, so we’re going to stick our necks on the line and tip them as the early favourites.

They won’t thank us for it, but they are probably the biggest threat to Camross’ title at the moment, and crucially, as was proved in last year’s final,, they have experience.

Their near neighbours and great rivals, Clough-Ballacolla, come under the microscope next. There isn’t much to choose between them and Rathdowney-Errill. Ballacolla’s county players are in good form, with Willie Hyland showing much more of a scoring touch this year.

They too have all the experience you could hope for, with Hyland, Mick McEvoy, Darren Maher and Stephen Maher well versed in the SHC routine by now. It might sound harsh for a team that has won two SHC titles as well, but they have probably underachieved over the last five years.

The loss to Rathdowney-Errill, after a replay, in 2012 was a massive blow to them. They lead the drawn game going into injury time only to be pegged back, and in the replay, they lead by seven at half time, only to end up losing by three.

Have they finally recovered from that? Time will tell, but you get the sense it will only be full exorcised from the psyche when they win another championship.

Shane Corby and Liam Dunne are at the helm this year, and if anyone can get the best out of the players, it is those two. We wouldn’t be overly surprised if they were to win it out, but question marks remain over them at the moment.

Borris-Kilcotton, last year’s beaten finalists, are another side who will expect to be in the running. They have given little indication so far that they will be, but the talent is there to launch an assault on the title.

Brian Stapleton is a massive loss, but they have a big squad to work from. They will need a big year out of Neil Foyle, as both Joe Campion and PJ Scully are still a little young to expect them to carry the scoring burden on their own. Foyle is by no means an elderly statesman himself, but he has shown good form for Laois this year.

On current form, if Borris-Kilcotton station him on the edge of the square, he will be a handful for anyone in the county, but keeping him close to goal is the key. Outside of that, there are question marks over their full-back line, with Matthew Whelan thrust in there for the last round of league games.

A semi-final appearance for either of them would probably be a good return on the year, but they will find it tough to make it that far.

At the other end of the spectrum, the threat of relegation would appear to be hanging over Abbeyleix and Portlaoise.

The fall of Portlaoise in such a short space of time is startling, and in truth, worrying for the game in the county. The majority of the side which came so close in four finals between 2007 and 2011 are no longer available. That has meant they are very much rebuilding, with a very young and inexperienced side. They have taken some heavy beatings in the league and confidence will be low.

Abbeyleix are in much the same boat, and on form at least, it looks as though either one of them will be making the drop. It’s probably too close to call at this stage, which is all part of the drama which is set to unfold over the coming weeks.