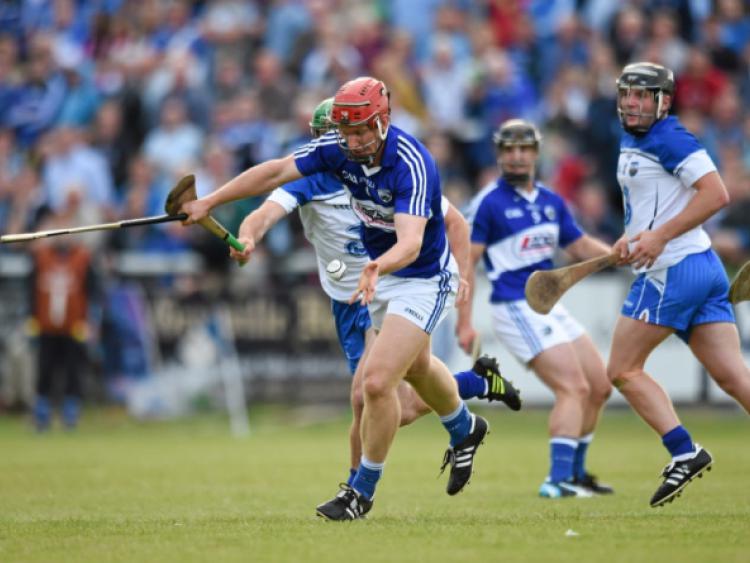 A season which came so close to providing a famous result in Laois hurling, unfortunately finished with a defeat in Walsh Park on Saturday night.

A season which came so close to providing a famous result in Laois hurling, unfortunately finished with a defeat in Walsh Park on Saturday night.

Hopes were high amongst the sizeable Laois crowd which travelled down to Waterford that the locals could be overturned, but they were in no mood to entertain such ideas.

Despite a positive opening 20 minutes to the game from Laois, Waterford eventually took control. They increased the pace of the game to a level Laois weren’t used to, or indeed looked comfortable with, forcing mistakes from Cheddar Plunkett’s side.

With each mistake Laois grew more nervous, which lead to more mistakes, and so the vicious cycle continued. Waterford forced the mistakes throughtheir sheer physical strength too, and if nothing else it shows Laois that they still have work to do to become a consistently competitive top-tier side.

They also came up against a side which had clearly done their homework on Laois and were not taking them for granted. With Laois playing five forwards it meant there was always a free-man in defence, and Stephen O’Keeffe’s quick puck outs took advantage of that time and again.

From there, they worked the ball well, and really did control proceedings. Indeed, things could have been much worse for Laois, as Waterford hit ten wides in the first half alone.

From Laois’ point of view, there were some positives to take from the game. They started well and put Waterford under some pressure in the second half too, hitting five points in a row. The impact of the substitutes, John Purcell and Ross King in particular, was good, and perhaps they should have been introduced a little earlier.

The real positives for Laois, however, came before this game. They came by consolidating Division 1B hurling, by almost beating Clare in a league quarter-final, and going even closer against Galway in the Leinster championship.

They didn’t claim the scalp we would all like to see them claim, but there was a noticeable improvement from last year. There is more to do, certainly physically if this game is anything to go by, and they need to increase the speed of their play, and become more tactically flexible, but all of that couldn’t be achieved in one year.

It’ll take time, so the immediate challenge is for Laois to continue their gym work and start preparing for next year as soon as possible. Laois are making forward strides, but there are plenty more milestones to pass.

Things looked promising here in the opening minute, as long ball from Patrick Purcell saw Neil Foyle contest it with Stephen O’Keeffe, and with O’Keeffe unable to stay upright, it was left to Foyle to fire to an empty net.

Laois could hardly have asked for a better start, but Waterford responded with two frees from Pauric Mahony to serve notice that Waterford meant business. Laois hit back with two points in a matter of seconds to leave the goal in it, but a Shane Walsh soon fired past Eoin Reilly to level the game.

When Waterford took the lead momemnts later, you got that sinking feeling that they might pull away, but Laois dug in and kept themselves in the game. Willie Hyland got them back level, and that sequence repeated itself twice more in the following ten minutes, as Waterford edged a point ahead, only for Laois to get back level.

The turning point came in the 22nd minute, when Kevin Moran twice had shots at goal saved by Eoin Reilly, only for the rebound from the second to pop up kindly for Shane Walsh, and he flicked home from close range.

Waterford pressed on from there, and five more points before the half time whistle meant they lead by double scores at the break, 2-10 to 1-5.

Laois needed to make something happen early in the second half and Willie Hyland provided that with two points in three minutes, the second of them an impressive effort from the left wing.

They couldn’t maintain it though, and Waterford started to pull away again, going 11 points up before Laois’ mini revival.

John Purcell’s energy sparked Laois into life and he hit two points in Laois’ run of five unanswered scores, getting themselves within six.

That was as good as it got, however, as Waterford wrestled back control of the game to secure an eventual ten point win for the home side.