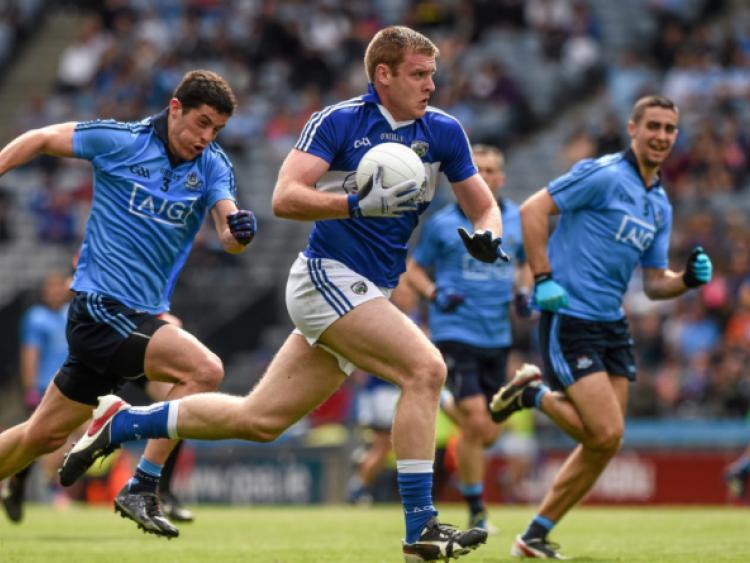 Laois senior footballers will travel to Wexford Park for the second year in a row after being paired with the model county in yesterday’s All-Ireland SFC draw.

Laois senior footballers will travel to Wexford Park for the second year in a row after being paired with the model county in yesterday’s All-Ireland SFC draw.

Laois were the second name out of the hat, which meant they ceded home advantage, despite having to travel to Wexford for the qualifiers last year as well.

The game has provisionally been fixed for Sunday afternoon, at 2pm, in a change from the fixture plan which had all qualifier games down for Saturday night.

Wexford ended up in the draw after a 16 point defeat to Dublin in the Leinster semi-final on Sunday afternoon. It offers Laois some frame of reference as they look ahead to the game, having lost to Dublin themselves, and with a good record against Wexford in recent years, it has seen them installed as 4/7 favourites by bookmakers Paddy Power.

The Laois minor footballers are also in action this weekend, as they contest the Leinster semi-final on Saturday afternoon in Newbridge.

Laurence Phelan will be hoping to guide Laois to a first Leinster final appearance since 2007, and after encouraging wins over Carlow and Wexford already this year, hopes are high they can spring a surprise on Saturday. Kildare have already beaten two strong sides in Westmeath and Longford. Throw in for the game on Saturday is 3pm in St Conleth’s Park.

While the football season reaches fever pitch, the hurling season at intercounty level came to a close on Saturday night when Laois bowed out of the All-Ireland series to Waterford in Walsh Park.

Despite a bright start to the game from Laois, Waterford eventually took control and ran out ten point winners.

Speaking afterwards, Laois manager Seamas Plunkett was keen for his players to keep building for the future. “I’ve said it before, considering the journey this team have been on, to come in here to Walsh Park tonight and be able to run Waterford pretty close in the second half and have a bit of a go at it, we’ll just work on the positives out of that.

“There is an incredible, committed bunch of Laois players there where are committed to doing well and it’s important now that everyone picks it up from here.”