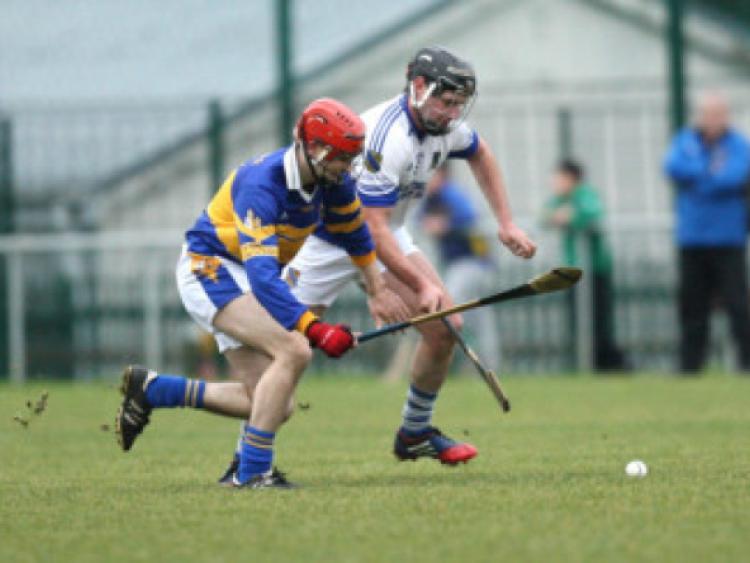 Ray O’Connor’s 19th minute goal kept Sean Dunne’s charges in contention until the interval, but the strength in depth of Castleknock gave them a vital edge when the game was in the melting pot.

Mountmellick had progressed to the decider as a result of hard-fought successes against Wolfe Tones of Longford, Southern Gaels and Knockbridge, and with Castleknock taking to the field without the services of dual star Ciaran Kilkenny (who is currently on holiday in the US with Dublin’s All-Ireland winning squad), there was every chance that they could secure a fourth straight triumph in this year’s provincial championship.

However, it was the Dublin side who enjoyed the better of the opening moments, and although both teams were understandably tentative early on, fine scores from play by Ronan Lynch and Shane Boland offered Castleknock a two-point platform by the ten-minute mark.

Mountmellick did eventually open their account a couple of minutes later courtesy of an Aidan Challoner free from a distance of 35 metres, but their Metropolitan counterparts were beginning to settle into their stride, and three points on the trot from Lynch, Jamie Tunney and Cian O Dulaing helped to increase their advantage.

Mountmellick had struggled to gain a stranglehold on the proceedings up to this point, but they soon forced their way into the reckoning when a second point by Redmond McEvoy on 18 minutes was swiftly added to by a terrific major from full-forward O’Connor.

The powerful No 14 found the back of Brian Dunne’s net after making a tremendous catch on the edge of the large parallelogram, and even though Castleknock added further scores through Tunney and Boland, Mountmellick replied with a brace from the hard-working Challoner.

The Pairc Acragar men were now operating with a greater degree of confidence, but Castleknock nevertheless brought a slender lead (0-9 to 1-4) into the second half when O Dulaing and the impressive Boland both found their range before the interval.

Mountmellick were still within touching distance upon the resumption, though, and they reduced their deficit to the bare minimum when corner-forward Donnacha Hartnett split the posts from the opening attack.

Unfortunately, this was as close as Mountmellick came to reining in the Castleknock challenge, and after O Dulaing registered his third point of the tie 32 minutes in, Curran was on hand to provide a deft flick past Valley netminder Eoghan Quigley from an acute angle via an intelligent cross-field delivery by O Dulaing.

This three-pointer opened up significant daylight between the two teams, and when Curran and substitute Hughes subsequently added close-range points from play, Castleknock had developed a seemingly insurmountable seven-point gap.

Midfielder Mick Bermingham – who featured for Warwickshire in their triumphant Lory Meagher Cup campaign – halted this Castleknock scoring sequence with a contentious point from an awkward placed ball effort from a right-hand angle, and while Niall O’Callaghan joined Hughes in contributing to the scoreboard after his introduction to the field of play, Challoner added his fourth point of the finale from a long-range free with nine minutes remaining.

This proved to be Mountmellick’s final score of the day, however, as despite their admirable endeavours in the dying stages of the action, they couldn’t secure the scores that would enable them to forge an unlikely comeback.