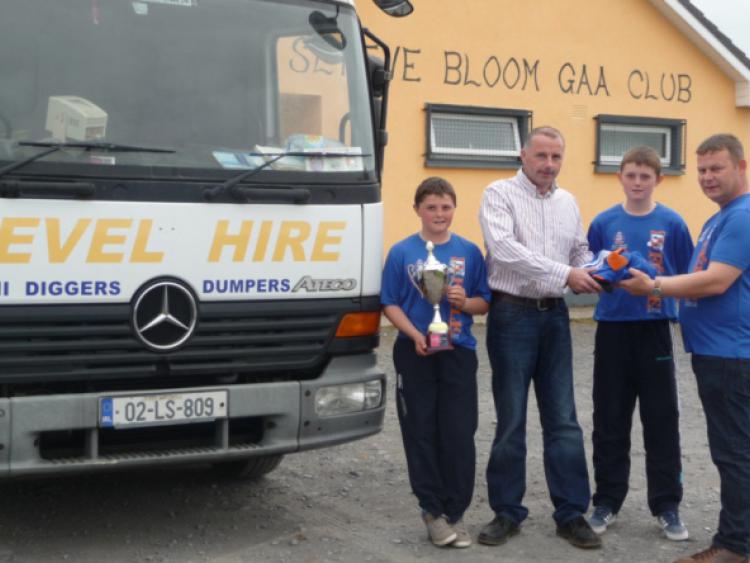 There is no rest for Naomh Eamann this week, as they head for the football Féile this weekend just five days after competing in the hurling Féile.

There is no rest for Naomh Eamann this week, as they head for the football Féile this weekend just five days after competing in the hurling Féile.

It is out west they are going this Friday, where they are being hosted by St Mary’s Cill Togairt who are in Carrick-on-Shannon, Co Leitrim and are also representing Leitrim in Hurling Feile this year. Maureen Diffley is Féile organizer for St Mary’s and has been a great ambassador for the club, as Naomh Eamann have been given helpful information pack’s on where to stay and places to see in the area which was most appreciated.

Preparation has been going on for the last few months. St Mary’s U-14 panel have a few year’s ago won bronze in the U-10 All-Ireland Community Games so no pressure lads. Also, their senior team are currently the county champions.

Naomh Eamann’s route to the Féile back on the May Bank holiday weekend with a first round match up against Graiguecullen in Slieve Bloom. After a good win, it was Portlaoise B up next and a win here qualified them for a semi-final with Clonaslee in Rathleague.

In awful conditions, the team battled hard to secure a place in the finl, where a tough test awaited against The Harps. Another battle was played out, but in the end Lynus Breen got his hands on the trophy as Naomh Eamann made it a Féile double.