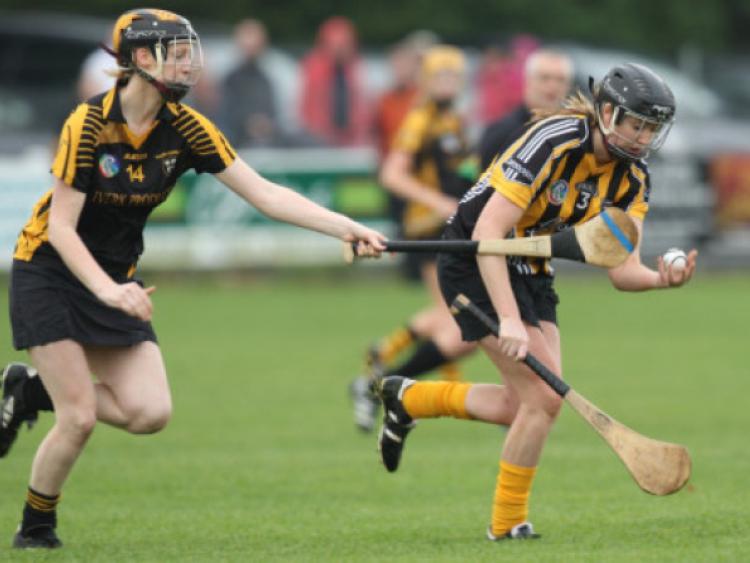 For the second year in a row, Camross were left to wonder what might have been after losing out to Kilkenny opposition in the Leinster Final.

For the second year in a row, Camross were left to wonder what might have been after losing out to Kilkenny opposition in the Leinster Final.

There was little to chose between two talented teams over the course of the hour but while the sides scored seven goals between them, it was Piltown’s ability to pick off points that proved the difference between the sides on the day.

It was a tough defeat for Camross to take as they were right in the hunt throughout but they just couldn’t manufacture the scores they so desperately needed late in the game.

Leading by 2-2 to 1-3 at the break, the Kilkenny side hit the first three points of the second-half and, while Camross stormed back with a brace of goals from Dawn Mortimer, Piltown hit another four points unanswered from the 43rd to the 47th minutes to put crucial daylight between the sides.

Camross never threw in the towel and got back within two with eight minutes to go thanks to a goal from Niamh Dollard but, despite dominating the closing minutes and creating a number of chances, they didn’t manage to add to their total as Piltown held on by their fingernails for the win.

The pace of the game was frantic from start to finish with both sides throwing everything at the game in the hunt for provincial success. Both sides applied intense pressure on the ball carrier and space was at a premium, particularly in the first-half, for the respective sets of forwards.

While the pitch in Clane was in excellent condition for November, the heavy rain preceding the game made conditions difficult with both sides struggling to get the ball quickly into the hand. Striking along the ground was also challenging as the sliotar wouldn’t run through the wet grass.

Camross were excellent at the back in the opening 30 minutes with Olga Parkinson dominating the dangerous Katie Power early in the game so much so that the Piltown management moved their key player to try and get her involved in the game.

The decision to eventually move Katie Power to full-forward was the key tactical decision as she had a major influence in that position, scoring 1-2 from play while setting up a host of other scores.

At the other end, both Niamh Dollard and Dawn Mortimer looked dangerous any time they got the ball in hand with the duo scoring a brace of goals apiece.

However for much of the game, they were starved of possession as Piltown centre-back Karen Duggan consistently cut off the supply of ball to the Camross forwards.

A large Camross crowd travelled to Clane for the early throw-in on Sunday and they had plenty to cheer about early in the game as a goal from Niamh Dollard after ten minutes gave their side a 1-1 to 0-1 lead after Sarah Anne Fitzgerald and Katie Power had exchanged early points from frees.

A fortunate goal from Chloe Holden got Piltown back on level terms and the sides remained level after 20 minutes on 1-2 apiece after Katie Power and Sarah-Anne Fitzgerald exchanged points from placed balls.

After being tied up for most of the half, Katie Power sprung to life as she rode several challenges while cutting through the defence before setting up Niamh Culleton for a goal from close range.

Camross responded with a point late in the half from Aoife Burke leaving two between the sides at the end of a low scoring first-half.

Piltown charged out of the blocks in the second-half with three quick points but Camross responded in emphatic fashion with a brace of goals from Dawn Mortimer in the space of two minutes.

With the pace of the game continuing to increase, Piltown hit back 1-1 of their own with the goal coming from Katie Power. A point from Michelle Holmes reduced the gap to two but the next four points all came from Piltown to leave six between the sides entering the final quarter.

Camross heads never dropped and they got right back into contention with a goal and a point from Niamh Dollard, the goal a superb finish after a long ball from Sarah-Anne Fitzgerald.

That reduced the gap to two and Camross continued to apply the pressure to the finish. However despite launching several attacks and having some very scorable chances, they didn’t add to their total in the last nine minutes leaving Piltown to claim the Leinster title.