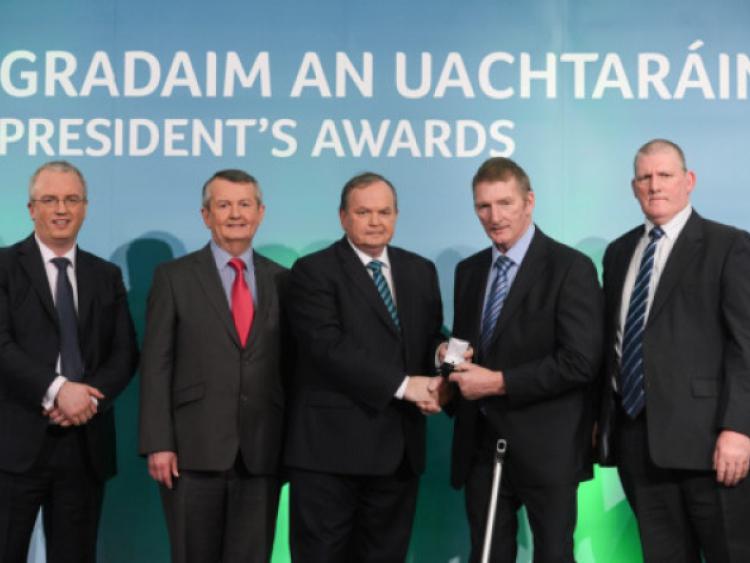 Michael Mulhare was recognised for his contribution to Stradbally GAA, having served the club for most of his life. He was elected Secretary in 1975 and chairman in 1988, before going on to organise their move from Cosby Hall to the current grounds on the Timahoe road.

A popular figure both in Stradbally and the wider Laois GAA community, he is still actively involved with the club, and often the first face many see when driving in to Bill Delaney Park.

Michael Dowling was also honoured for his contribution to the game of Rounders, having spent 30 years promoting the game on The Heath. A Mountmellick native, he worked as a primary school teacher in The Heath and introduced the game there, where it spread and became a staple in the local community.

Since his intervention, the club have won countless Community Games and GAA All-Ireland titles, while senior players have also won 13 All-Stars in eleven years.

Peter Rice, originall from Laois but living in Wexford, was also given an award for his work in promoting Ladies Football. He is the current national treasurer, and previously served as national President between 1991 and 1994.