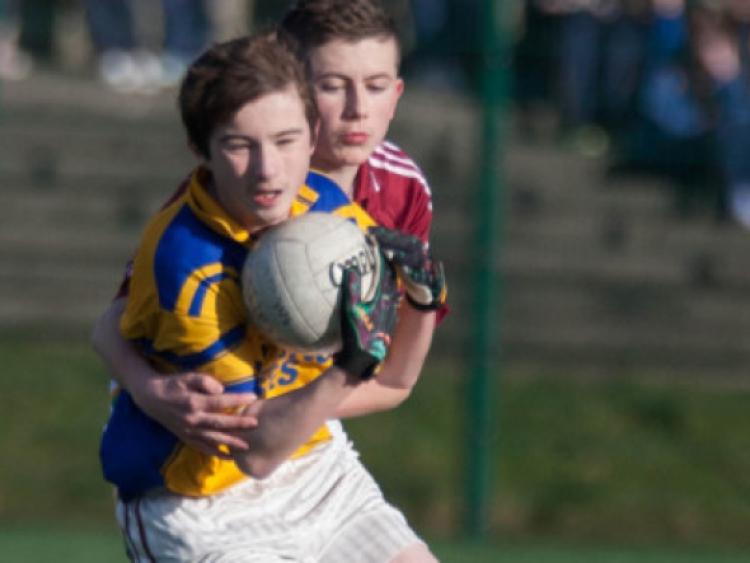 A game that began in wind and rain and ended in sunshine saw Portarlington emerge victorious by a solitary point following a tense finish to the game.

A game that began in wind and rain and ended in sunshine saw Portarlington emerge victorious by a solitary point following a tense finish to the game.

The two halves were played in very different weather conditions but when the strong wind was at the Portarlington backs during the first half they managed to get sufficient scores on the board to win.

It certainly took Kilcock some time to adjust to playing into the worst of the conditions and after 18 minutes they found themselves 0-5 to no score behind.

It took Kilcock until the 20th minute before Darren Acton opened their account and David McLoughlin quickly added another. Their cause though wasn’t helped by some uncharacteristically poor free taking by Willie Bright, although the weather certainly wasn’t favourable to him.

Just when it seemed that Kilcock were finding a foothold in the game, a lot of their good work was undone when Murphy and Walsh combined to set Matthew Finlay up for a 25th minute goal.

Kilcock gave themselves some hope going into the half time break when Bright finally found his range and Ronan Mulligan also pointed.

A well taken goal by Paul Kennedy five minutes after the restart and then a point from Andrew Glynn brought Kilcock back level but they couldn’t get their noses in front over the next five scoreless minutes.

Two points in quick succession put Portarlington back in charge and then a well worked move from a 45 gave Murphy the chance to put three between the teams with ten minutes to go.

Mulligan managed to cut that deficit back to two in the final minute and then a Bright free two minutes into injury time left the minimum between the teams but there would be no way back.