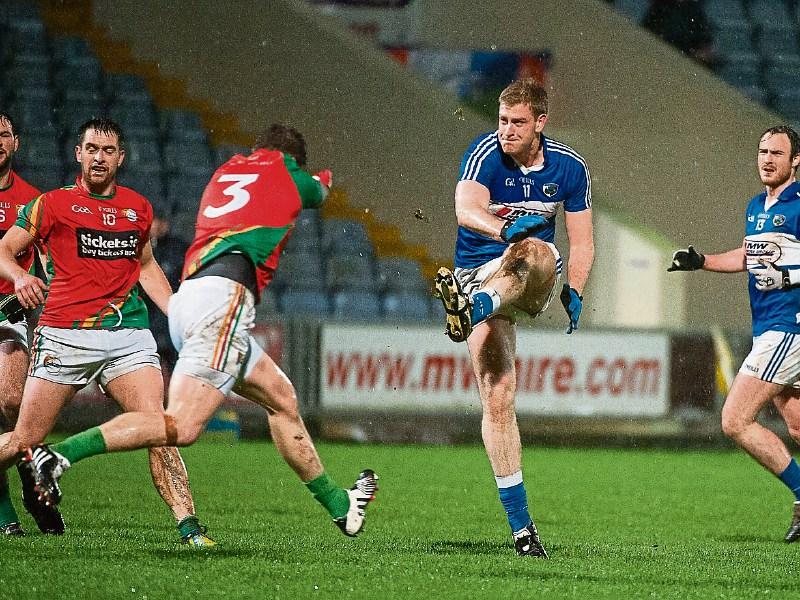 Laois missed out on the chance to reach the semi-finals of the O'Byrne Cup as two late goals from Meath saw the Royal County advance after this entertaining game in Navan on Sunday.

While Laois would no doubt have liked to win the game, there is hardly any reason to be upset, with the O'Byrne Cup having proved its worth so far.

With three competitive games and a host of players getting their senior intercounty debuts, Laois would have to be happy with how the competition went for them. Considering it took the team until March to get a win last year, they are at least making progress in that regard, with victories here over UCD and Carlow.

The panel does look to be a bit stronger now as well, with the likes of Brendan Quigley, Colm Begley, Ross Munnelly and Evan O'Carroll still to come back into the fold.

As for this game, it was entertaining fare considering the time of year, with the lead changing hands regularly and the result very much undecided until Meath's late double.

The hosts opened the scoring with two points in six minutes, but Laois drew level thanks to Evan Costello and Donie Kingston. Kingston added a free to push them ahead for the first time, but Cillian O'Sullivan quickly drew Meath level.

Nigel Murphy handed Laois the lead once more with a point from 21 yards out, before a powerful run from Donie Kingston saw him hold off a number of Meath defenders before firing over the bar, as Mick Lillis' side went two ahead.

Meath responded in style, as Graham Reilly hit a brace of points, Sean Tobin curled over a free and Harry Rooney stormed through the Laois defence before pointing, as they now lead by two points.

Laois responded in kind as they scored four points in a row themselves, starting with a score from Paul Cahillane. Gary Walsh added another, Gareth Dillon got up from the back to point and then a Donie Kingston free finished the scoring for the half, as Laois lead 0-9 to 0-7 at the break.

Having had the benefit of the breeze in the first half, things were always going to be tougher for Laois on the restart, and so it proved to be.

Meath came out strongly at the start of the second half and rattled off five points without reply to seemingly take control of the game. Laois were having none of that, however, and dug in to from level. Kingston pointed either side of a Paul Cahillane free to level the scores at 0-12 each, but Meath hit back with three more points to take the lead again.

As time ticked away two more points from Kingston got Laois within one, but late goals from sub Michael Newman and Graham Reilly finally settled the game in Meath's favour.