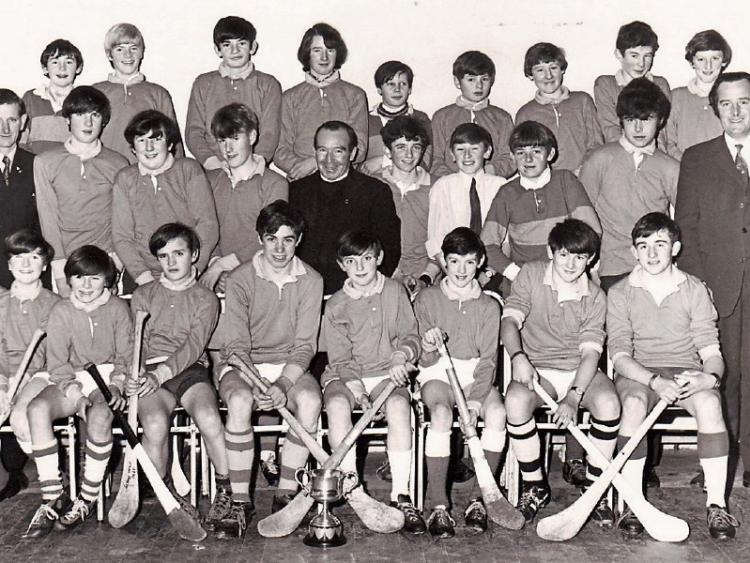 The 2015 generation of Abbeyleix U-14 hurlers joined this select group of county final winners by winning the U-14 Division 1 league and Championship in 2015. Last season’s U-12s also won the 2015 U-12 Division 1 competition, capping off a great year for the club.

In 1966 the club featured again and it was to be a further four years before the club managed to repeat the feat and go through something of a purple patch. They contested and won three consecutive finals in 1970, 1971 and 1972. In 1971 and 1972 the team won out the Laois Féile na nGael.

It was 1986 before Abbeyleix U-14s contested another final, winning the U-14 'B' championship. In 1990 the club reached another high point in its juvenile existence, winning both the U-14 'A' championship and County Féile na nGael for only the third time. Coincidentally, Billy Phelan who played on the winning team of 1960, helped to coach this team where his son Liam was a player, along with Larry Hearns (RIP).

Having won the U-14 'A' League and Championship in 2015, the lads narrowly missed out on a place in the All Ireland Féile na nGael, losing in the county final to worthy winners, The Harps who went on to reach the All Ireland semi-final. Again coincidentally Michael ‘Mog’ Fitzpatrick from the winning teams of the early 1970’s is selector on this team where his son Eamonn now plays.

Great credit must go to the handful of people (you know who you are) who kept the juvenile club alive and active through some difficult and lean years. The future now looks bright for the club having undergone a rejuvenation and new focus over the last ten years.

Young Anthony Moore’s (RIP) vision of a hurling academy for juveniles is beginning to bear fruit. The erection of the ball wall and all weather training surface along with the new coaching regimes at all levels appear to be gaining traction and creating success both on and off the pitch.

At present the club is coaching and training over 160 juveniles beginning at nursery level (U-6s) right the way up through to U-16s. The club is fortunate to be fielding teams at every age group. In addition the club were delighted to support the reintroduction of Camogie into the area with the recently formed St Lazarian's Abbeyleix camogie club.

Abbeyleix juvenile club would like to sincerely thank mentors, parents, supporters and players (past and present) for their commitment and dedication throughout the years. Going forward, the future looks bright.